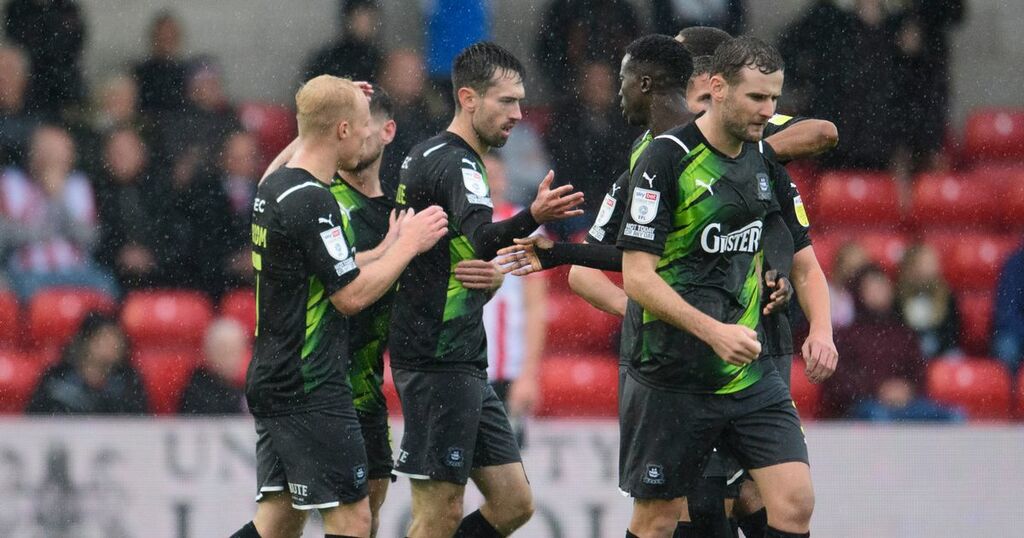 The international break means Leagues One and Two will inevitably get more eyes on them this coming weekend.

Whilst there is a full fixture list in the latter, all but four games have bit the dust in the third tier.

That restricted schedule means that come Saturday at 5pm, an unlikely name could be sitting atop the League One table

Plymouth Argyle welcome Burton Albion to Home Park not only looking to reach the summit, but also extend their long unbeaten run.

They have lost just once all season - and that was to Rotherham, back on the opening day.

They've since gone ten without loss and are enjoying their time at the top, as they look to hold off some of the so-called bigger clubs in the division.

And there's plenty of those this season: Sunderland, Sheffield Wednesday, Ipswich, Bolton. The list goes on.

When it came to bookmakers offering odds before the season began, Argyle were not even in the promotion conversation.

They finished a modest but respectable 18th last term on what was their first season back at this level.

But it was clear where improvement was needed. Their defence was porous, conceding 80 goals. Only two sides out of the 72 shipped more (Swindon and Oldham).

Manager Ryan Lowe addressed this and revamped the whole defence over the summer although it has been done cleverly. The only player they paid a fee for this summer, James Bolton, has yet to feature due to injury.

That tightening up at the back has combined with not one but two strikers in good form this term.

Luke Jephcott attracted admiring glances from a clutch of Championship clubs in January. That owed to him scoring 13 goals before the turn of the year. He only notched another five in the second half of the season but he has started this term well, with five already.

His colleague Ryan Hardie is threatening to overshadow Jephcott this season. The Scot originally joined the club on loan from Blackpool in early 2020. Another loan spell followed before it was made permanent in January this year.

Hardie, 24, hit seven and six goals respectively in his first two spells but has gone up a notch this term. He already has ten goals, eight of them coming in the league.

And this week his club manager has been talking him up for a future Scotland call-up, given his barnstorming form in front of goal.

Lowe said: " Scotland have got some fantastic players who are playing at the top levels as well, but when you have got a goalscorer in Ryan Hardie I know what I would be looking at.

"Look, I'm not sitting here telling Steve Clarke what to do by any stretch of the imagination, but we have got a leading goalscorer in the country at the moment.

"I'm sure Steve is monitoring him and watching him because who wouldn't?

The irony is that had Hardie been called up by Clarke then Plymouth's game this weekend would be postponed owing to three international call-ups.

Jephcott is away with Wales' under-21s whilst defender Brendan Galloway has been called up by Zimbabwe.

It will leave Lowe a little light for the visit of Jimmy Floyd Hasselbaink's side but he will feel his team still possess enough in their ranks to extend their run and go top.

Lowe is in his third season as Argyle boss. Still only 43, he already has two promotions under his belt - one with Argyle two seasons back, another from his time at Bury.

He is seen as an ambitious, young manager with a big future in the game and he has injected a feelgood factor into the club since his arrival in 2019.

That also extends to the supporters at Plymouth.

The club is said to be as stable as it has ever been off-the-field and crowds at Home Park are averaging around 11,000 this season.

Another big gate is expected for the clash with the Brewers - and the majority of those in attendance on Saturday will hope the Green Army can continue to march on.