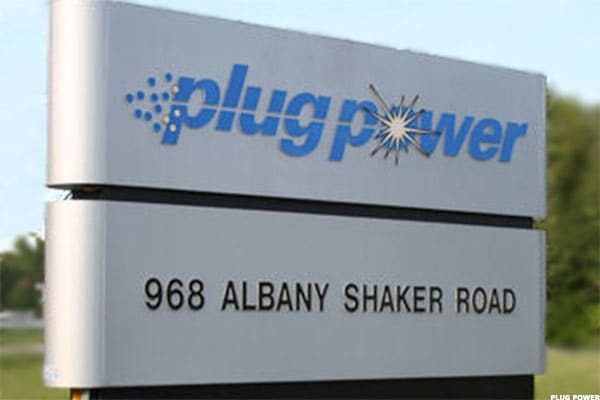 The Renault Master Van H2-TECH prototype, the first of its kind in North America, was put on display at the company's "Plug Power Symposium" in Latham, New York. Developed as part of the pair's HYVIA hydrogen venture with Renault, the H2-TECH is a zero-emissions van with twelve cubic meters of cargo space and a range of around 300 miles and powered by Plug's 30kW fuel cell engine.

“The Renault Master Van is a true game-changer and will serve a diverse array of industries throughout our ecosystem that need powerful, clean and efficient hydrogen mobility solutions,” said CEO Andy Marsh. “Powered by our hydrogen fuel cell technology, these spacious commercial vehicles produce no emissions and boast a range well over 300 miles. We’re thrilled to be working with the Renault Group and HYVIA to transform industries throughout the world with the power and promise of green hydrogen.”

Plug Power shares were marked 4.3% lower in early trading Thursday to change hands at $32.15 each, a move that nudges the stock into negative territory for the year.

Earlier this week, Morgan Stanley analyst Stephen Byrd lifted his rating on the hydrogen-fuel-cell developer to overweight from equal weight, while boosting his price target to $40 per share, citing accelerating growth, legislative support and an attractive risk/reward profile.