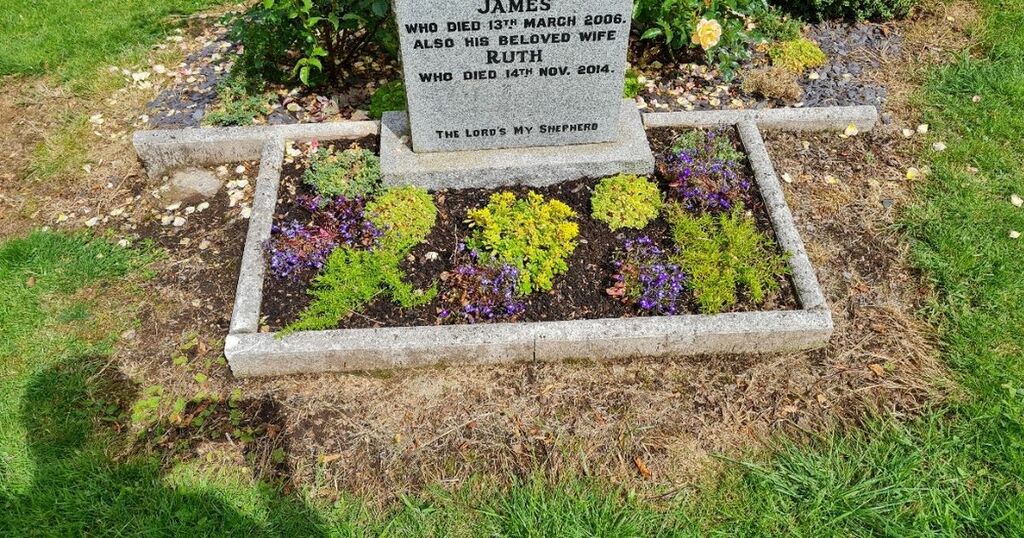 A call has been made for Perth and Kinross Council to stop using weedkiller around graves in the region.

One local has raised an official complaint with the local authority claiming the use of herbicides had left the foundations of headstones at his family plot exposed.

But PKC says other factors contribute to soil erosion around the grave.

Stewart Tainsh’s parents are buried at the New Cemetery in Muthill.

He has been arguing with the council for over the past few months about the use of weedkiller around their memorial stone.

Stewart (60) says workers should be cutting and strimming around the edges rather than using chemicals.

In his correspondence with council officials, he has been told the use of herbicides to maintain grips around headstones has been common practice for 50 years.

They have agreed to stop using chemicals on his plot, although admitted this did happen once due to an error.

The council did offer to landscape the area around his family plot.

But Stewart has rejected that because he reckons it should be extended to the entire cemetery and wants to see the use of weedkiller scrapped.

He told the Perthshire Advertiser he had put kerbing in to try and stabilise the headstone.

He added: “We are talking about four or five inches of soil being washed away. It is destabilising the headstones but if it falls over, it is the family’s job to fix it.

“At half of the headstones you can see the foundations.

“It’s not long before some will fall over.”

In its correspondence with the council, seen by the Perthshire Advertiser, Stewart has been told other causes of soil erosion include soil type, ground topography, weather, age of the memorials/foundations, and quality of foundations laid by contractors.

He has also been told work has been going on at cemeteries across the region over the past few years.

A Perth and Kinross Council spokesperson said: “We understand how important it is to families that graves of their loved ones are well tended. We have offered to resoil and seed the area around this memorial and carry out landscaping work.

“Erosion can be caused by a number of factors including soil type, weather and age of the memorial, as well as the use of herbicides.”