By Exclusive by Jamie Fahey 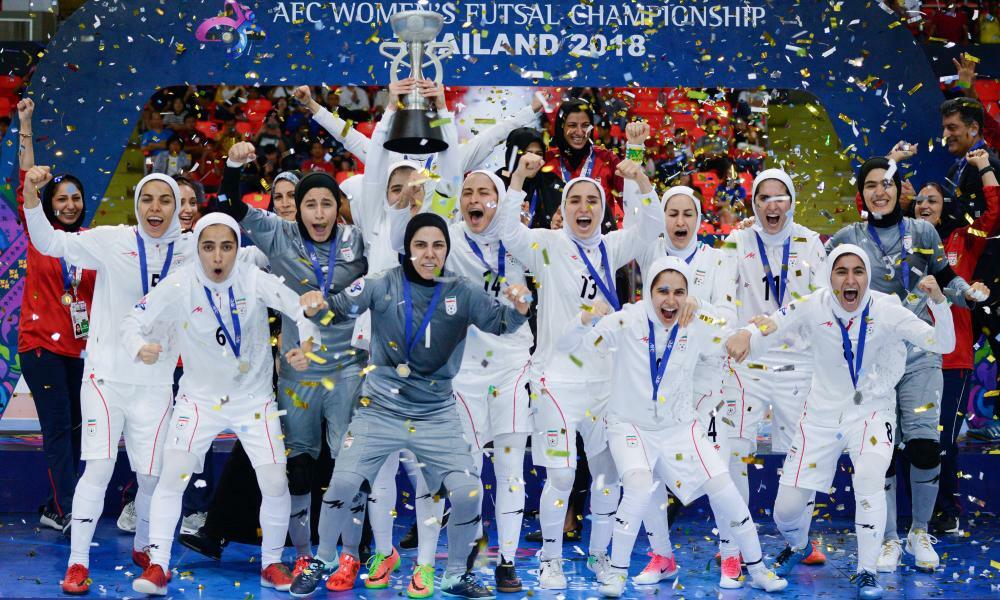 The world’s most prominent female futsal players have called on Fifa to end its “deeply discriminatory” approach to the women’s game by launching a World Cup to bring parity with the men’s Fifa-sanctioned small-sided game.

In a letter sent to the Fifa president, Gianni Infantino – seen by the Guardian – the players demand an end to their “marginalisation” and urge the governing body to make a women’s event a priority amid booming popularity of the indoor five-a-side sport played globally by an estimated 60 million people.

Citing “deep concern” over “mistreatment and public neglect” of the sport, the letter calls Fifa’s refusal to sanction a women’s tournament “deeply discriminatory” and says it “violates gender equality”.

The plea comes on the weekend the ninth edition of the men’s futsal World Cup kicks off in Lithuania, with the 2016 champions, Argentina, five-times winners Brazil and double-champions Spain among the favourites.

“We are being discriminated against,” said Natalia Orive, a Spanish first division player and president of the Spanish Women’s Futsal Association. “That’s the key. I don’t want to use the word discrimination to be a victim. It’s because it’s the reality.

“It’s very unfair,” Orive, who wrote the letter, told the Guardian. “It’s called marginada [marginalised] in Spain. Why is it happening? They have no answer. But it also goes against their own rules and ethical principles of governance. In [the Fifa strategy for women’s football] 2018, they talked about equality, being inclusive, with men and women no different. But they forget about futsal. With no explanation.”

The first Fifa men’s futsal World Cup took place in 1989. The women’s game has grown markedly in the last decade, with Brazil, Spain, Italy and Iran leading the rise towards professionalism.

Uefa introduced a women’s Euros in 2019, won by Spain, a year after female and male youth futsal replaced football for the first time in the Youth Olympics in Buenos Aires.

Only 55 of Fifa’s 211 member countries have a national women’s team, compared with about two-thirds (140) running a men’s team. In England, the FA failed to follow through on its vow to create an England women’s team and axed its men’s team in to cut costs at the start of the Covid pandemic in 2020.

Fifa committed to launching a “women’s futsal competition” as part of its first strategy for women’s football in 2018.

Iran’s Karimi, the outstanding player of the tournament in Iran’s historic 2015 AFC title victory, told the Guardian the lack of a women’s world cup was “the biggest weakness for Fifa”, adding: “I hope this gender discrimination in futsal will disappear soon and we women futsal will achieve our dream.”

A Fifa spokesperson said it was examining “the landscape of women’s football competitions – which cover all disciplines including futsal”, adding: “The priority is to ensure these new competitions will provide an important platform, not only to retain female participation, but also provide more opportunities for women and girls to play football. The introduction of any new competitions must reflect the overall development landscape.

“A recent example of this approach and the steps being taken by Fifa specifically in developing competitions in futsal include the introduction of futsal to the Youth Olympic Games programme in 2018, which saw an equal number of men’s and women’s teams participate.”

For Orive, futsal is hugely beneficial for girls and women to play because “it’s easier to get five players to play than 11” and it’s a renowned for its skill development potential whether players stick with futsal or take their skills to the outdoor game. But the responsibility to encourage more nations to promote participation in the women’s indoor game rested squarely with Fifa, she said.

With the clamour for futsal’s inclusion in the full Olympics growing since Tokyo 2021, Orive sees a huge opportunity for the women’s game.

“We’re talking about Olympic futsal now,” she said. “But to get there we need a women’s futsal World Cup first.”