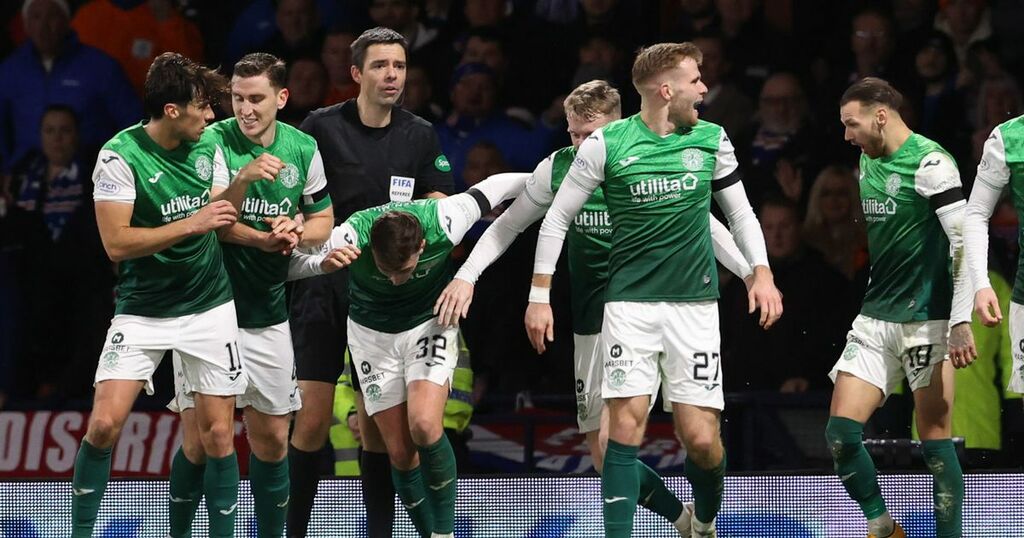 Hibs players can be seen ducking for cover in pictures from their semi-final clash with Rangers at Hampden after missiles were launched during the game.

Images appear to show a bottle of Buckfast and a can of Budweiser on the pitch while the Hibees stars cover their heads.

The incident came as the Edinburgh side celebrated their third goal against the league leaders.

As the players dispersed to head back to halfway, Jake Doyle-Hayes and Josh Campbell with their hands shielding their heads.

Referee Kevin Clancy and his linesman were seen on video looking up at the stand as the players gathered.

Hibs players then helped the officials them kick the items off the pitch.

The game ended with a 3-1 victory for Hibs, who now go on to face Celtic in the final.

A Police Scotland spokeswoman said: "“We are carrying out enquiries after a number of items were thrown during the Rangers and Hibernian football game on Sunday, 21 November, 2021. Anyone who knows who was responsible should call Police Scotland on 101."

The incident comes after shocking footage emerged appearing to show rival fans from Hibs and Rangers clashing on the M74.

Video footage shows two coaches stopped on the inside lane of the northbound carriageway, near junction 1A at Polmadie, with a large group of people brawling on the road.

It was filmed on Sunday afternoon by stunned onlookers who were stuck in blocked traffic.

Some of the crowd even spill onto the road towards cars, with drivers seen moving away to avoid the incident.

Police have said no arrests were made in relation to the clashes.