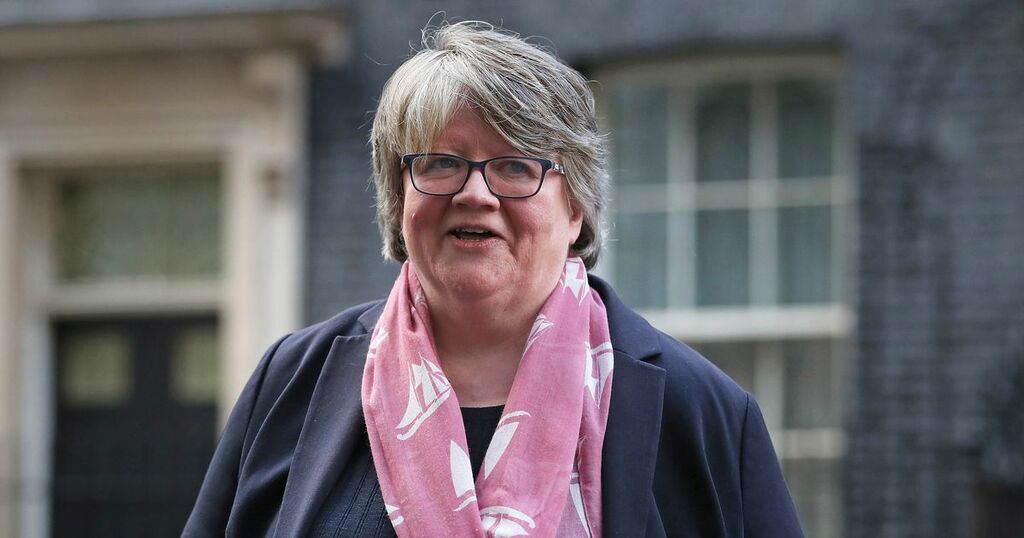 A Cabinet minister has defended plans to end the £20 Universal Credit uplift, suggesting that claimants should work longer hours to make up for the cut.

Work and pensions secretary Therese Coffey said the increase was only ever a temporary measure, adding that there were now "record numbers" of job vacancies and hailing the thousands of 'work coaches' the government has introduced to help workers progress in their jobs.

The weekly increase was introduced to help claimants weather the storm of the coronavirus pandemic.

Speaking on BBC Breakfast this morning, Ms Coffey said: "£20 a week is about two hours extra work every week. We will be seeing what we can do help people perhaps secure those extra hours but ideally also to make sure they're in place to get better-paid jobs as well."

Pressed on whether she was suggesting that people missing out on the £20 uplift were being told to work two hours longer, Ms Coffey said: "I was saying it's a temporary uplift, recognising that the reason it was introduced, that's come to an end.

"We're seeing record numbers of vacancies, we're seeing elements of employment continuing to go up and I'm confident that the 27,000 work coaches that we have right around the country will be helping people not just get back into work but progress in work as well."

Under plans to cut the increase, claimants will lose the £20 uplift from the end of this month and face losing as much £1,040 annually.

The Cabinet minister also came under fire on Good Morning Britain when presenter Susannah Reid asked whether the advice from the government was for people to "get childcare for two hours a week and work an extra two hours" in order to fill the gap left by the cut.

"That's not what I'm saying at all," Ms Coffey responded.

She said the government's plan for jobs "is about how we help people get into better-paid jobs", adding that the government had "already lifted millions of people out of paying income tax at all".

Labour's Angela Rayner accused the Cabinet minister of getting her figures wrong and pointed out that Universal Credit works by reducing payments in line with the number of hours a claimant works.

In response to her comments this morning, the Greater Manchester MP tweeted: "This is a lie and the Work and Pensions Secretary either knows she’s lying or shouldn’t be in the job.

"An additional £20 for a UC claimant isn’t two hours work, that’s not how the taper works.

For every £1 earned, a Universal Credit claimant will lose 63p from their benefits.

Health secretary Sajid Javid confirmed over the weekend that plans to reverse the £20 uplift would go ahead at the end of September.

Speaking on Trevor Phillips On Sunday on Sky News, the former chancellor said: “The increase, which was temporary, will be ended as planned at the end of this month.”

Members of the Scottish National Party (SNP) had backed a call for the UK government to abandon the “cruel and frankly irresponsible” plans.

The party’s conference overwhelmingly backed a motion urging government ministers to not end the boost.

Meanwhile, analysis from Labour suggests the cut would take £2.5 billion from the economies of the North of England and the Midlands.

It is understood the party will call a vote on the planned cut as part of an opposition day debate in the House of Commons on Wednesday.

A government spokesman said: “As announced by the Chancellor at the Budget, the uplift to Universal Credit was always temporary.

“It was designed to help claimants through the economic shock and financial disruption of the toughest stages of the pandemic, and it has done so.

“Universal Credit will continue to provide vital support for those both in and out of work, and it’s right that the government should focus on our Plan for Jobs, supporting people back into work and supporting those already employed to progress and earn more.”