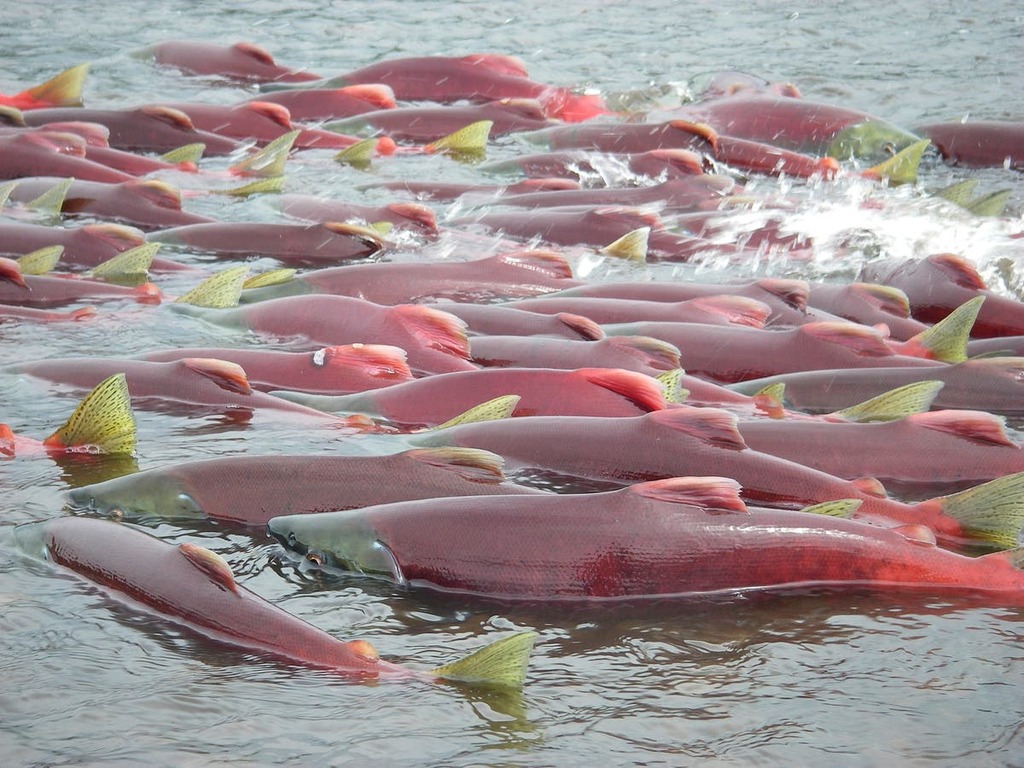 Plans for a controversial gold mine that would have been developed near the world’s largest sockeye salmon run have been blocked.

Joe Biden’s Environmental Protection Agency stepped in to restore protections for Bristol Bay in Alaska and prevent the Pebble Mine project.

The EPA announced that it will use the Clean Water Act to protect the salmon-rich waters from being contaminated by material from a mine.

The federal agency took similar steps under the Obama administration, but the EPA had withdrawn the effort under Donald Trump.

The EPA announced its change in policy on Thursday in response to a lawsuit filed by opponents of the mine.

Pebble Limited Partnership, which is a subsidiary of Canada’s Northern Dynasty Minerals, had argued that it could be the most important mining project of the 21st century.

It is believed that there are billions of dollars in gold, copper and molybdenum, an alloy used in steel production, buried underground.

But Alaska’s Native community, environmentalists, fishing operators and anglers, including Donald Trump Jr and Tucker Carlson, argued that it was too risky to develop an open-pit mine at the headwaters of the fishery.

The area, which is 200 miles southwest of Anchorage, generates more than $2bn annually from the fishery.

“It is essential to the livelihood and the community well-being of many Alaskan tribes. And it is also one of the most productive salmon fisheries in North America,” said Radhika Fox, head of the EPA’s Office of Water.

And she added that the Bristol Bay area was “a unique resource that needs unique protection”.

Mr Biden had campaigned in 2020 on a promise to reinstate the protections for Bristol Bay, but the EPA’s move does not mean a future administration could not again reverse it.

US Senator for Alaska, Lisa Murkowski, has proposed passing legislation to prevent any development in Bristol Bay, with the federal government reimbursing the state for lost revenue.

The Obama White House estimated that the mine project could destroy 1,200 acres of streams and marshland.