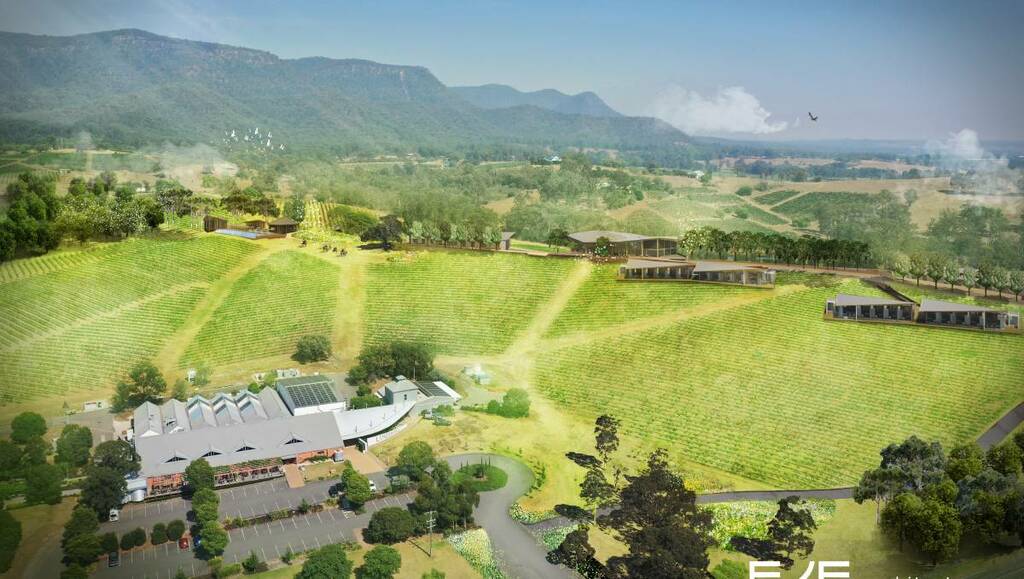 Brian McGuigan and Colin Peterson, who bought Ben Ean in 2017, have lodged a development application with Cessnock Council to create the Ben Ean Luxury Lodge.

The central part of the development is a lodge building with 360-degree views of the wine region, containing a 120 seat fine dining restaurant, 120 seat conference room bar and wine tasting. The project will also incorporate 50 one-bedroom short-stay apartments, a day spa, gym, pool and events pavilion that can host wedding ceremonies.

Mr McGuigan said they had always wanted to build accommodation on site, and after refurbishing the existing building, believed now was the right time to expand.

"We haven't had a new accommodation facility in the Hunter Valley for over a decade," he said. "We think it's time to introduce another facility so that hopefully we can accept more tourists to the region.

"Times will change and we'll get through this COVID thing. The visitor rate that we were experiencing just before and during the first shutdown was extremely good.

"I'm sure tourism will come back in spades to the centre of the Hunter as it must because we are on the centre of a huge population.

"People come here regularly and will continue to do so in my view, because the Hunter Valley has so much to offer in sporting, entertainment, food, wine and the distance becomes shorter as the highways become better."

Mr McGuigan said he hoped the development would be complete in about two years. Once constructed, it is expected to create more than 120 jobs.

The project design was developed in consultation with Wonnarua traditional owners and focuses on the story of Baime, the great sky spirit, who created the landscape early in The Dreaming, and of Kawal, the Wonnarua totem embodied by the Wedge-tailed Eagle, who was createdby Baime to watch over and protect the traditional owners from above.

"We've incorporated the use of eagles," Mr McGuigan said. "We have four big eagles who nest in adjacent bush, and fly over the Ben Ean property on a regular basis. It's an incredible coincidence that those eagles are there, so we've used the guardian of this region, the eagle, sort of as our mascot."

"[The consultation] opened our eyes to the background of our region and what happened there during another civilisation."

Mr McGuigan said the buildings will be constructed on both sides of the ridge north of the Ben Ean cellar door and restaurant.