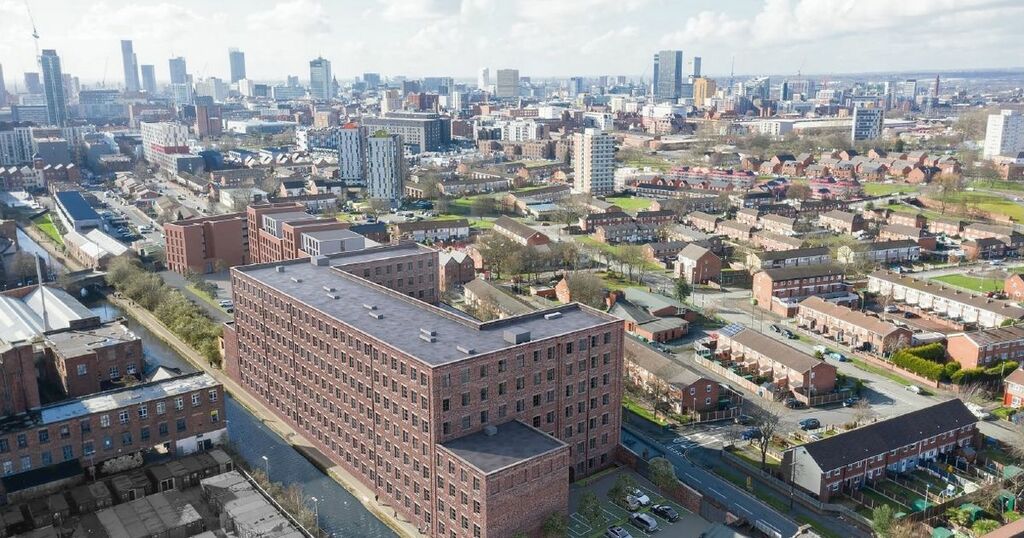 Planning approval for the £58m regeneration of one of Manchester’s largest and oldest mills has been postponed by the city’s planning committee.

Councillors had been asked to give their backing to a scheme which would see the Grade II listed Brunswick Mill in Ancoats converted into an apartment building.

Maryland Securities, the developer behind the proposals, wants to build 277 new flats and townhouses inside the mill and two new-build blocks on Bradford Road.

READ MORE : Plans being made for potential 'firebreak lockdown' in coming weeks if Covid-19 hospital admissions continue to rise

But the planning committee voted to defer a decision in order to visit the site to get a closer look at the scheme’s proximity to Ashton Canal and surrounding green spaces.

Concerns were also raised about the lack of affordable housing within the plans, which went before Manchester council’s planning committee for consideration on September 2.

Planning officer Dave Roscoe told the meeting that the redevelopment brought ‘many benefits’, most importantly the restoration of Brunswick Mill.

“The building has continued to deteriorate over the last 25 years and unless something happens very soon, it will continue to deteriorate into the future,” he said.

“We’ve lost lots of former mill buildings in this area, and we’ve got a chance here to save this one.”

However committee member Councillor Marcia Hutchinson said that while she was behind the scheme in principle, the lack of affordable and social housing concerned her.

An independent assessment of the scheme found that it would not be deliverable with affordable homes, though Maryland Securities will be expected to revisit the viability if there is a greater level of profit than the £10.4m currently forecast.

The developer is also not proposing to pay a commuted sum of money towards improving the local area or providing affordable housing elsewhere in Manchester.

Coun Hutchinson added: “There is talk about restoring the towpath but that would need to be anyway as the listed building is right on the canal.

“I don’t think enough thought has been given to the environment in which this development will sit. There are real issues in the area with the lack of green space.

“I don't think a development of this size should go ahead without any contribution, particularly given that there are nearby green spaces which the residents of this building would need to use which could be improved.”

A site visit was proposed by Councillor Yasmine Dar and seconded by Councillor Joan Davies. It will take place before the next planning committee meeting on September 23.

According to a council report, the redevelopment of Brunswick Mill would be an ‘important catalyst’ to the wider regeneration of east Manchester.

“The proposal would be a key development between the city centre and the Etihad Campus and restore and repair a listed building that is in poor state of repair,” it adds.