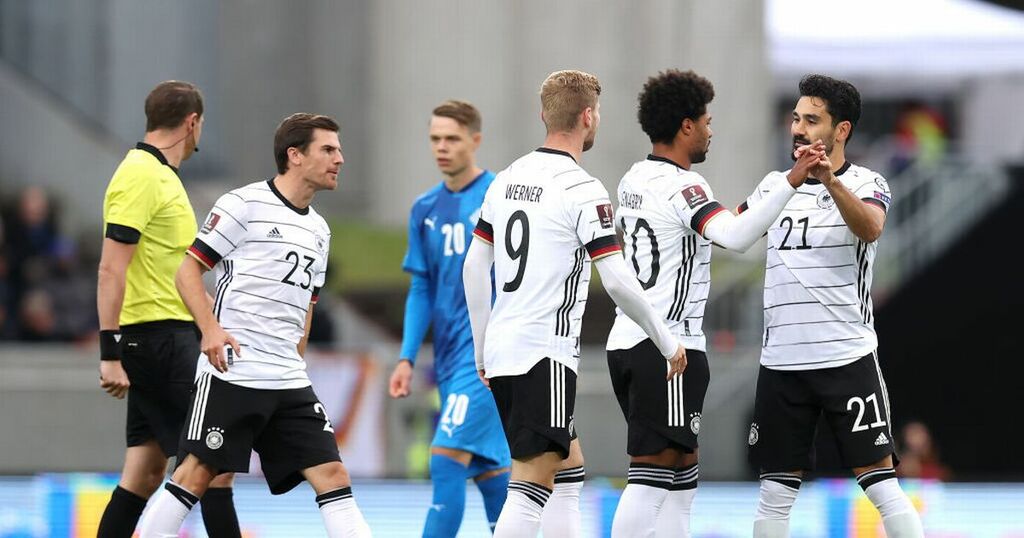 A plane carrying the German football team was forced into an unscheduled landing in Edinburgh this morning after declaring a mid-air emergency.

The team were heading back to Frankfurt following their 4-0 win over Iceland in Reykjavik on Wednesday night.

However, the official twitter account for the national team confirmed that “as a precaution there has been a safe stopover in Edinburgh.”

They have since added that “we are fine. Safety check on the machine is now running”.

It is unclear what the issue was with Klasjet flight KLJ2703 with radar images showing an emergency change of direction, making an abrupt turn between Dundee and Arbroath before rapidly descending.

The flight had taken off as planned at 12.53am (1.52am BST) from Reykjavik’s international airport.

On flight tracking website Flightradar24, it can be seen that the flight,, has stopped off in Edinburgh with the squawk code 7700, which is used for general emergencies on board an aeroplane.

On the pitch, it was a good night for Die Mannschaft who thumped Iceland to take complete control of their World Cup qualifying group.

Armenia and Romania have been Germany’s biggest competition in their bid to qualify for Qatar but both dropped points on Wednesday night.

Germany went into the round of fixtures knowing Armenia could leapfrog them before they had kicked on the ball, however they could only manage a 1-1 draw with Group J whipping boys Lichtenstein.

Romania, who kicked off at the same time as Germany were also held, drawing 0-0 with North Macedonia, meaning Hansi Flick’s side are now four points clear at the top of the group.

Germany have now scored 12 goals in three games and are yet to concede under the new boss, who replaced Joachim Low following the end of Euro 2020.

Flick was full of praise for Chelsea forward Werner following the win, after scoring in all three games during the current batch of fixtures.

“Timo played all three games over 90 minutes, that certainly took a lot of strength. He also scored in every game. In this respect he is on the right track.”

As for the rest of his side, despite winning so comfortably, he felt there were clear areas for improvement: “The final pass. The conviction that you want to make the goal. The chip balls often arrived, but then the cross pass didn’t. We have to work on that."