Plan for satellite terminal at city airport put on hold 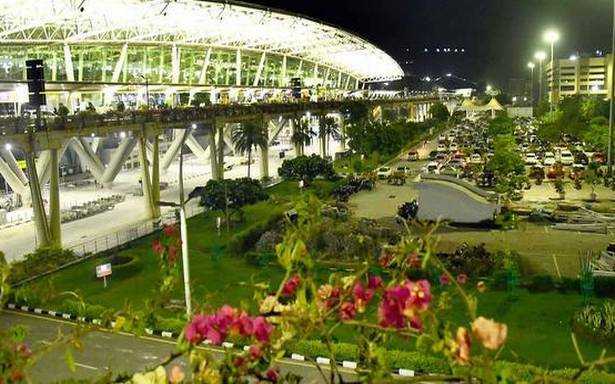 A satellite terminal and twin tunnels, a key project that was planned at the airport, has now been put on hold temporarily as the air traffic has not seen a satisfactory growth.

Three years ago, the Airports Authority of India (AAI) decided to build a satellite terminal and twin tunnels in the airside area as the existing terminals had become congested, making it difficult for passengers to go through check-in, immigration or even baggage collection owing to long delays on many occasions.

Subsequently, alongside the phase II modernisation project — under which an integrated terminal is being built — the AAI had also chalked out a plan for the satellite terminal to better handle passenger traffic growth in the future.

A feasibility report was prepared for the construction of this terminal with basic facilities; twin tunnels linking this terminal and the new integrated terminal were also under consideration as part of the plan. These would ferry both baggage and passengers between the two facilities. But COVID-19 and the ensuing lockdown brought down the air traffic drastically.

While the number of passengers and flights has been picking up, it is still a long way off from touching pre-pandemic numbers. According to officials of the AAI, they may take a call on the need to go forward with the project later.

“We have not dropped the project, but whether we need to invest another ₹2,000 crore for the tunnel and terminal will be reviewed in a few months based on how the passenger traffic grows. For now, we are keen on finishing the phase II modernisation project,” an official said. With an estimated cost of ₹2,500 crore, the new integrated terminal has been under construction for nearly two years and will be completed and operationalised in two phases in the next two years.

“With the current growth, we think we should be able to manage with the new integrated terminal for the next few years,” another official said. However, there were talks of privatising the airport after four years, so it was unclear if the satellite terminal project would take off, sources said.