Plan for pupils to learn 1,700 words for language GCSEs gets go-ahead

By Richard Adams and Anna Bawden 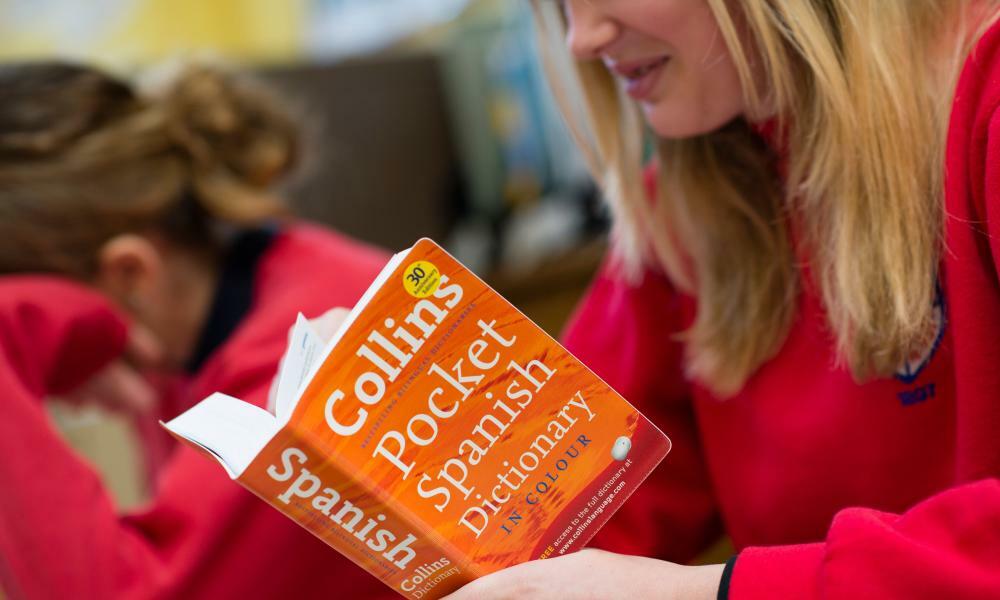 The government is to push ahead with changes to languages teaching in schools that will result in pupils in England memorising lists of 1,700 words to pass GCSEs in Spanish, French or German.

The decision by the Department for Education (DfE) comes despite opposition from language associations, teaching unions and headteachers at state and independent schools, as well as concerns it could cause an exodus of languages teachers from the profession.

Simon Hyde, the general secretary of the Headmasters’ and Headmistresses’ Conference of independent schools, said his members feared the narrow focus on grammar and vocabulary would put pupils off studying modern foreign languages (MFL).

“This model will not give students the confidence in their language, both at examination level and as a life skill, to take forward into further studies, careers and personal endeavours,” Hyde said.

The initial proposals, published in a consultation last year, were criticised for stripping out cultural topics from the proposed course content and replaced with lists of words to be memorised. While the DfE has made some concessions in its final proposals, one academic dismissed the revisions as “a nod” to the earlier criticisms.

The Association for Language Learning said it was “very disappointed” the DfE had not taken up an invitation to work collaboratively with subject associations, exam boards and headteachers on a further review of GCSE content and development.

School leaders said they were grateful for the DfE’s decision to delay the introduction of the reformed curriculum until September 2024, meaning that the first GCSEs with the new content would be sat in spring 2026, to be taken by pupils currently in year 7.

The DfE said its consultation received 1,644 responses, with the majority “from language teachers agreeing with the proposals”.

Robin Walker, the schools minister for England, said studying languages was “hugely important” for the global economy. “That’s why we want more young people to take up modern language GCSEs, and these evidence-based changes aim to do just that – making these qualifications more well-rounded and accessible, and helping more young people to enjoy learning languages.”

The DfE said students will be assessed on 1,200 words or “word families” – for example, counting grand and grande in French as the same word – at foundation-tier GCSE and 1,700 words or “word families” in higher tier, mainly taken from the 2,000 most common words used in a language’s conversations and writing, as well as grammar and pronunciation.

But Katrin Kohl, a professor of German at the University of Oxford, said: “There’s no pedagogic precedent for using vocabulary frequency as the key driver for subject content, and as has been widely emphasised, the approach isn’t tested at GCSE level.

“Vocabulary frequency is a statistical measure that is context-dependent, not absolute. It’s hard to see how the subject aims can be met with a narrow range of vocabulary that has been selected on a one-size-fits-all statistical basis, that varies across languages and that is focused on formal language used by adults.”

Jim Milton, an emeritus professor of applied linguistics at Swansea University, said the focus on most common words ignored the fact that less frequently used words supply most of the content when people communicate.

“I once arrived in Outer Mongolia at a hotel where everything was written in Chinese and no one spoke English. I wanted a cold beer but I did not know the words for this. After inventive use of my Chinese, much circumlocution, and some acting out, I was served an omelette,” Milton said.