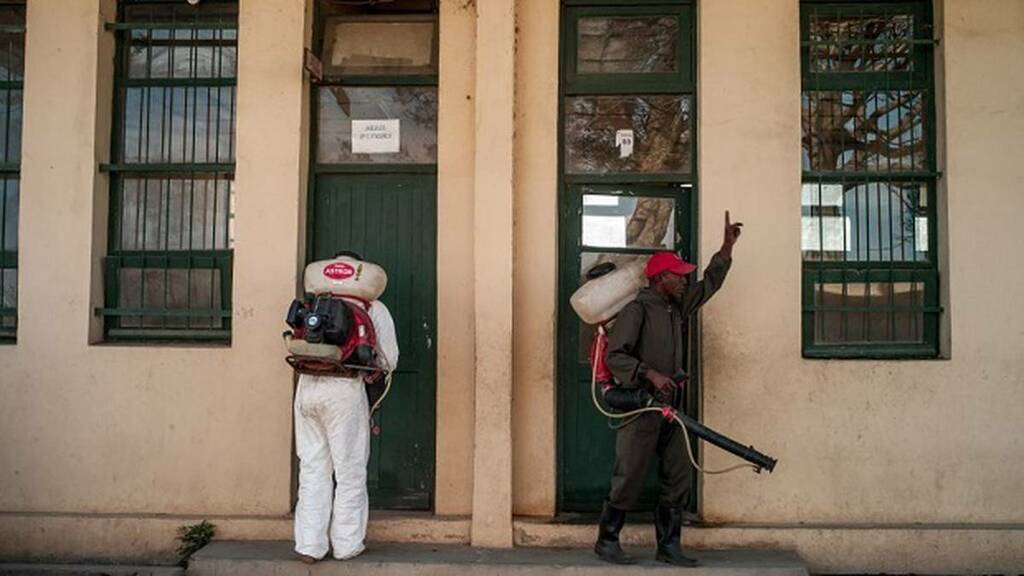 A plague outbreak has killed at least seven people in Madagascar, as the island nation struggles to fend off a devastating famine and UK scientists race to develop a new vaccine for the ancient killer.

Dr Fidiniana Randriantsarafara, the director general of preventive medicine, told local media that seven people had died and another 22 patients were being treated for pneumonic plague.

The outbreak was recorded in the Itasy region in the central highlands of Madagascar late last month. The disease is endemic to Madagascar, and the last large outbreak in 2017 infected around 2400 people and killed at least 209.

In the 14th century, a bubonic plague pandemic known as the "Black Death" killed an estimated 75m to 200m people across Eurasia and North Africa.

Bubonic plagues affect the lymph nodes. They are caused by the bacterium Yersinia pestis being spread from rodents to fleas and on to humans. But once there are infections in humans the bacteria can develop into the pneumonic strain, which effects the lungs.

The pneumonic plague spread through flea bites but it can also pass from person to person through tiny droplets of saliva. This makes it the "most serious" form of the disease, according to the Centre for Disease Control in the US.

Although antibiotics can treat plague, outbreaks often happen in remote areas and spread quickly. Without treatment, the death rate for pneumonic plague is almost 100 per cent. With treatment it goes down to about 50 per cent.

The latest outbreak comes at a deeply troubling time for the world's fourth-largest island. The country is teetering on the edge of a climate change-induced famine and is struggling with a Covid-19 induced financial crisis.

The United Nations estimates that roughly 30,000 people are already suffering "catastrophic" levels of hunger and food insecurity in the country's south because of crop failure and four years without rain. In mid-August, the UN appealed for $217m to help feed 1.3m people in southern Madagascar.

Covid breakthrough could lead to a plague vaccine

Rollier told the Telegraph that developing a vaccine for the disease was particularly challenging because it is a bacterial infection rather than a virus. "I had a few people telling me it would never work," she said.

However, she is hopeful of a breakthrough, particularly as the ChAdOx technology has already been proven safe and effective for humans. The new plague trial is funded by InnovateUK and is still recruiting participants.

"I remember during the epidemic in 2016 and 2017 there was a photograph in a journal of a mother burying a 3-year-old child and, for me, that's very identifiable when you know that technology can easily prevent that," Rollier said.

"So it's quite heartwarming to see that even during a pandemic, people are still volunteering to come and try a vaccine for plague, for the poorest of the poor."

• Plague has a case-fatality ratio of 30 per cent-60 per cent if left untreated
• It was known as the "Black Death" during the 14th Century, causing an estimated 50 million deaths
• People infected with plague usually develop flu-like symptoms after an incubation period of 3-7 days
• The three forms of plague infection, depending on the route of infection are bubonic, septicaemic and pneumonic. Bubonic, characterised by painful swollen lymph nodes or "buboes", is the most common form
• Plague still is endemic in many countries. The three most endemic countries are Madagascar, the Democratic Republic of Congo and Peru
• From 2010 to 2015 3248 cases were reported worldwide, including 584 deaths