It lies about 90 miles off the coast of São Paulo and has a great canopy of tropical trees which runs along its spine.

Dark blue ocean washes against the light rocks which streams around its coastline.

Unlike many of the other breath-taking spots of Brazilian natural beauty, Ilha da Queimada Grande - or Snake Island as its come to be known - is not one you'd want to visit.

Or even can, unless you're a member of the country's navy or a researcher given express permission by the Chico Mendes Institute for Biodiversity Conservation.

Sign up to the Mirror's travel newsletter for more holiday tips and updates.

The island is infested with between 2,000 and 4,000 golden lancehead vipers, one of the deadliest snakes in the entire world.

By some estimates, the landmass has a deadly reptile for every square metre, and has the highest concentration of venomous snake of anywhere in the world.

The slithering animals became trapped on the island thousands of years ago at the end of the last ice age, when rising sea levels cut them off from the mainland.

Since then they're made every inch of its forest their own.

Horrifying images from Queimada Grande show dozens of sinewy bodies tangled up in great knots in the branches of trees.

The lancehead vipers survive by eating two species of bird which feed on the island, but they're not adverse to taking a bite out of humans.

Rumour has it a fisherman once landed onto the island in search of bananas—only to be discovered days later in his boat, dead in a pool of blood, with snake bites on his body.

The snakes are so venomous that they can kill an adult human within an hour.

A few brave souls used to live on the island in the early 1900s, manning the lighthouse there until it was automated.

Another local legend says the lighthouse keeper and his family met a grisly end when a group of slithering assassins broke in through the windows.

The snakes are now distinct from anything on the mainland or anywhere else in the world.

Some scientists fear that they're becoming ill due to years of intense inbreeding, potentially putting their population at risk.

Because the vipers have no ground-level prey, they have evolved to hunt in the trees.

Unlike their undergrowth dwelling relatives on the mainland, they're unable to track animals they bite as they simply fly away.

As a result the snakes have acquired incredibly potent and efficient venom which can kill its prey almost instantly, and even melt human flesh.

It can also cause kidney failure, necrosis of muscular tissue, brain haemorrhaging and intestinal bleeding.

Aside from scientists, unwitting fishermen and the navy, the only other visitors to Snake Island are wildlife smugglers, known as biopirates.

A single golden lancehead can fetch as much as £24,000 on the black market.

Here's how we track down and very carefully photograph Australia's elusive snakes
Environmental scientists see flora, fauna and phenomena the rest of us rarely do. In this series, we’ve invited them to…

The Conversation
One subscription that gives you access to news from hundreds of sites
'Love, Death and Robots' Season 3 release date, time, plot, cast, and trailer for Netflix’s sci-fi series 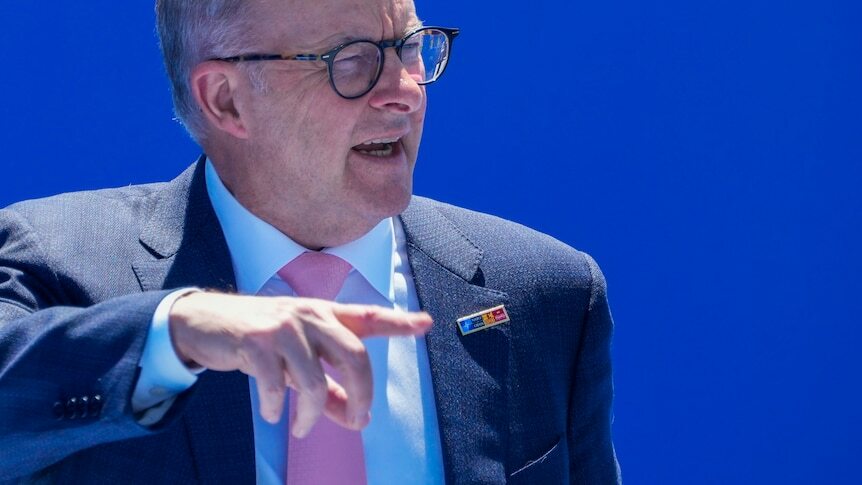 AAP
Pay rise won 'for those who kept us going'
Treasurer Jim Chalmers says the new Labor government has fought for the minimum wage rise up to 2.8 million Australians…