Pixel 6a and the Google’s Indian dilemma. What we have for 2022 and beyond

Now the latest announcement on the Google Pixel 6a brought back the debate again to the forefront. Google has announced the watered down version of the Pixel 6 series to the selected nations and India is not one of it, for the moment. The Google Store Help page says that Pixel 6a is only coming to Australia, Canada, France, Germany, Ireland, Italy, Japan, Puerto Rico, Singapore, Spain, Taiwan, United Kingdom, and United States.

Google on May 11 launched Pixel 6a powered by its self-developed Tensor processor at $499 (nearly ₹38,665). Pixel smartphones were known for their brilliant portrait shots and clean stock Android user interface.

Pixel 6a borrows design elements from Pixel 6 including the camera bar along with a metal frame. Google Pixel 6a comes in three colours; Chalk, Charcoal and Sage. Pixel 6a Camera Bar includes dual rear cameras: a main lens of 12.2MP and an ultrawide lens of 12MP. As for the selfie Pixel 6a has an 8MP lens.

Pixel 6a comes with speech recognition as the Pixel 6 Pro. It includes features like Recorder, Live Caption and Live Translate. Pixel 6a comes with an all-day battery that can last up to 72 hours when in the Extreme Battery Saver mode, says Google. Pixel 6a will receive five years of security updates. Pixel 6a will be among the first Android devices to receive the upcoming Android 13 update. It also features Titan M2 chip for security.

In India, it is expected to get launched through Flipkart by July this year but there’s still no confirmation from the Google’s side. If it does launch, the features will be similar like it has around the world. Pixel 6a comes with 6.1 inch display, Tensor chip coupled with Titan M2 on 6GB RAM and 128GB internal storage.

Meanwhile, Google also launched the Pixel Buds Pro during the I/O event 2022. It comes at a price tag of $199 (nearly ₹15,419). While we await the Pixel 6a to arrive in India, Google showcased its next generation of Pixel devices; Pixel Watch powered by Wear OS that looks dazzling premium in circular dial, and Pixel 7. These new devices; Pixel Watch and Pixel 7, will be launched later this year during Spring Winter.

Google also has Android tablet lined up for 2023 powered by Tensor. 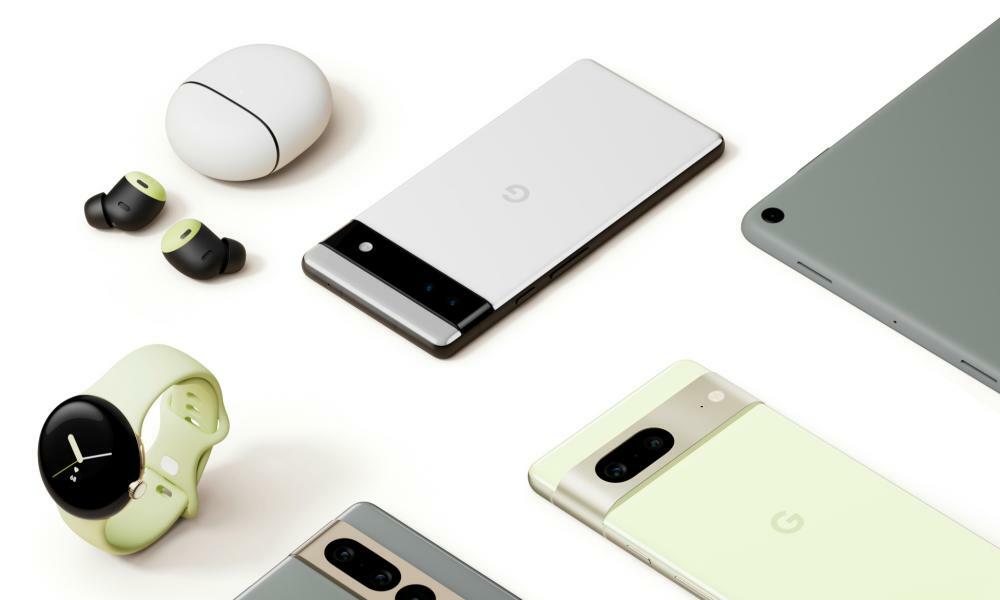 The Guardian - UK
One subscription that gives you access to news from hundreds of sites
Google I/O 2022 event: From Pixel watch to Wallet app, check key announcements | In pics

Livemint
Google says screw it: Here’s what Pixel 7 and 7 Pro look like