Piracy And The Premier League: How One Ripped Stream Undermines Everything 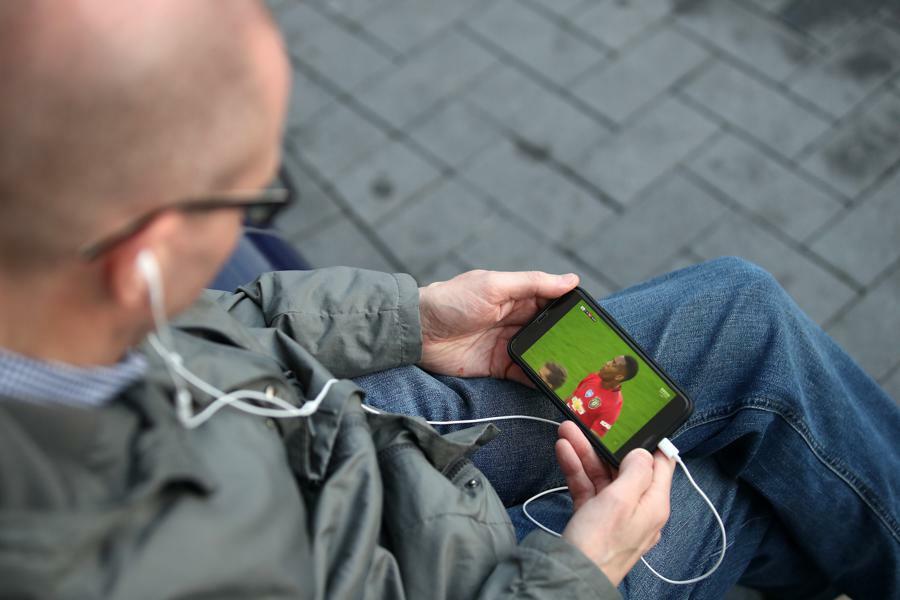 When the Premier League formed three decades ago piracy was of little concern.

Some pubs might have found a way around paying their Sky Television subscription, but the thought of thousands of potential customers circumnavigating the official channels was ridiculous.

Even as internet piracy disrupted the business models of other entertainment industries, like music or cinema, audiences around the globe have remained willing to pay ever-increasing prices for English soccer.

Despite the sport’s apparent resilience to illegal streaming, there’s no doubt that advances in technology make it one of the biggest threats to its core revenue streams.

This is why the Premier League spends a sizeable portion of its vast riches to battle the army of digital bootleggers around the world sharing its content for free.

A huge victory came this week when it was reported that Saudi Arabia is set to reverse its ban on the league’s Middle Eastern Rightsholder and longstanding partner; the Qatari channel beIN sports.

The move should also see the closure of beoutQ, a pirated feed of beIN channels that was allegedly being broadcast from Saudi Arabia.

beoutQ was the thorny issue that lurked in the background of the Saudi Arabian Public Investment Fund (PIF) takeover of Newcastle United. Never officially articulated, it was repeatedly highlighted in media reports of the league’s rebutted the original PIF bid eighteen months ago.

Not long after stories of an agreement between Saudi Arabia and beIN Sports emerged, Newcastle’s takeover was agreed, although it’s been claimed the resolution of the piracy dispute was not connected to the deal’s approval.

Either way, the potential removal of beoutQ is a major win for the Premier League.

“They recognise that […] with the internet, or digital streaming, one ripped stream undermines all of their rights in a way that it just didn't before,” explains global technology consultant Cognizant’s head of media, entertainment and sport, David Ingham.

“[Rights holders] need to be hypersensitive to the regions that they come out of.”

Availability: The best form of defence

The easy assumption to make is that the demand for pirate streams is cost-based, but, according to Ingham, availability is a massive factor too.

“If you get a new OTT provider in a region the ripped streams go down considerably [by] significant percentages,” he continues.

“In [the] Asia [pacific region] one client had 20 to 30 ripped streams at any given time for a cricket or [soccer] match. Once the legal service came in it dropped down to one or two. That's immense.

“That signals, to us and our clients, education is the biggest thing.

“Just teaching people where the legal methods are for the content and providing the products legally is the biggest defence you can have.”

Educating the consumer on where they can get legal content is a lot harder than it sounds.

When the Premier League was launched back in 1992 marketing involved advertising in newspapers or on billboards.

Broadcasters didn’t have to work as hard to explain how to get their service because illegal alternatives were harder to find than the real thing.

But these days games are divided between many rights holders all available in slightly different ways.

When a person wants to watch live sports they type it into a search engine or scroll through social media rather than picking up a TV guide.

Pirated streams of top sporting events are often broadcast directly through social media platforms themselves and, to the less internet-savvy consumer, appear to be legitimate.

Ingham tells me, his firm noticed that particular trend spiked during the Olympics.

“Pirated streams being broadcast on social media normally [account for] 20% of overall anti-piracy. Other dedicated websites or ripped streams broadcasting directly to a website or server somewhere [are] the other 80%.

“During the Olympics, the social media piracy went up to 30 or 40% [of the overall total]. [It was] because you had a global audience now interested in the [event].”

“Because the rights had been carved up so significantly and Tokyo [timezone] was so far ahead of most of [the world] it was confusing.”

Ingham says the decision by some broadcasters to delay showing events until primetime compounded this uncertainty about where to watch things.

“People woke up and they didn't want to wait until primetime to watch it, they went to wherever they could find it. In many cases [that meant] social media piracy sites.

“I think that was kind of an interesting trend [because] those were all consumers who would have paid.”

Ingham says the reversal of the ban on beIN Sports will undoubtedly see a drop in the number of ripped streams Premier League coming from the region, which will be music to the ears of those in charge of the English game.