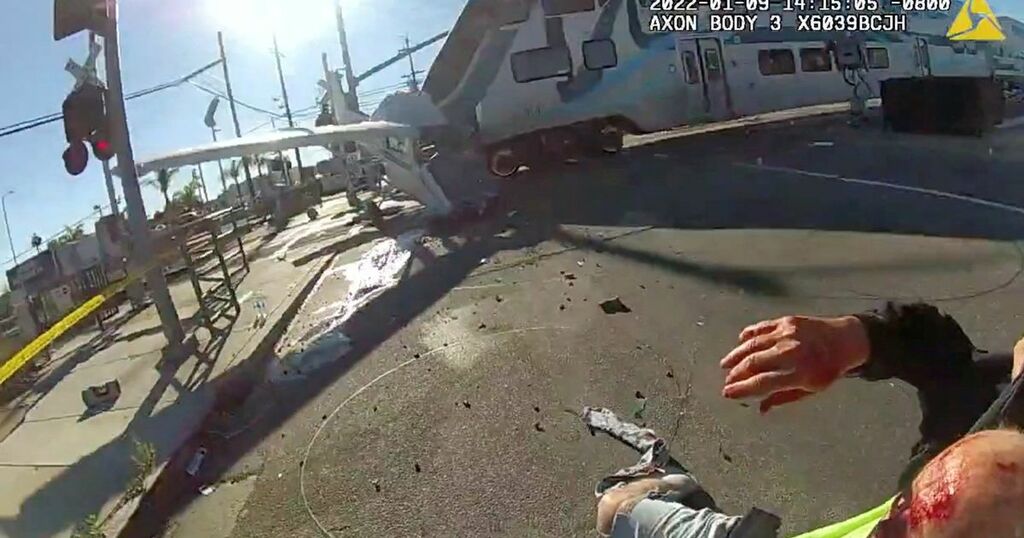 This is the terrifying moment a pilot was rescued from a light aircraft that crash landed on a railway line - just seconds before a train smashed through the wreckage.

The Cessna 172 came down onto a California's Metrolink railway shortly after taking off on Monday (January 9) from Whiteman Airport in Pacoima, Los Angeles.

Heart-stopping bodycam footage of the incident, released by the Los Angeles Police Department, shows police pulling the injured pilot for the plane with shouts of ""go, go, go, go" heard in the background.

Just seconds later, a high-speed train can be seen ploughing through the aircraft.

Officers involved in the rescue were praised on the department's Twitter account, commending them for their "heroism and quick action".

Officials confirmed the crash victim was being treated in hospital for his injuries.

It is believed the aircraft crash landed after suffering a loss of power.

LAPD Officer Antonio Delatorre, quoted by local media, said the pilot, in his 70s, was pulled from the wreckage at approximately 2pm local time.

No-one onboard the train was injured in the incident, the Los Angeles Fire Department said on Facebook.