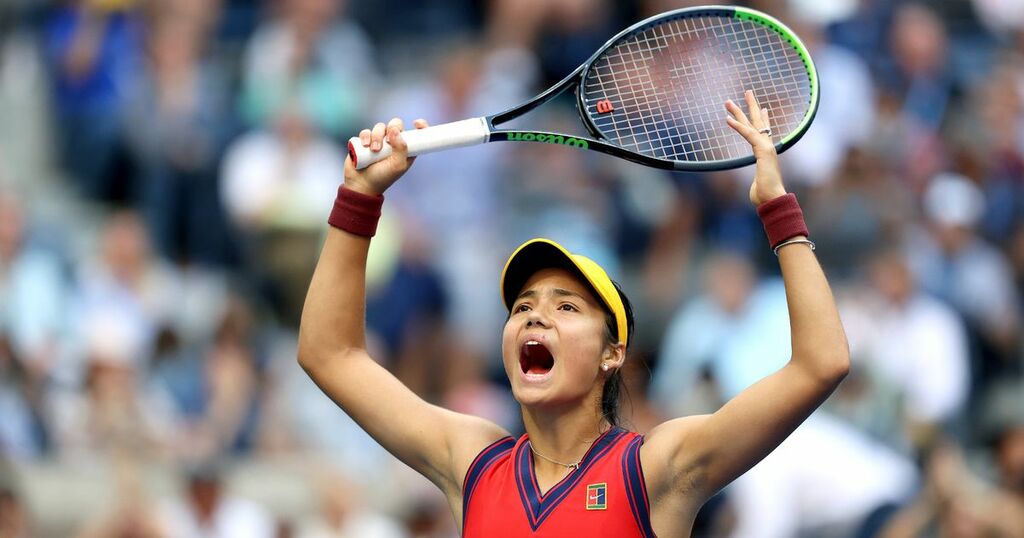 Piers Morgan has eaten his hat to congratulate Emma Raducanu after she won the US Open Tennis Championships months after dropping out of the Wimbledon championships.

The 56-year-old former Good Morning Britain host was one of the first to offer congratulations to the 18-year-old sportswoman after she defeated Leylah Fernandez in a dramatic final.

Piers's words of encouragement may have been difficult for him to type as he previously hit out at Emma on social media after she withdrew from Wimbledon after she suffered a panic attack on court.

But now the TV host has lavished the star with praise after she won the final in sets 6-3 and 6-4 – becoming the first British women to win a Grand Slam in 44 years.

Taking to Twitter to commend Emma, Piers wrote: "@EmmaRaducanu⁩ wins the US Open. This is one of the greatest achievements in British sporting history. Congrats, Emma - you champion."

And alluding to his previously blunt attack on the tennis player, he added: "From Wimbledon choker to US Open champion in 3 months.... never seen a more brilliant illustration of mental strength & resilience than @EmmaRaducanu's win. That's what elite sport is all about - facing up to loss/adversity & going again with no whining & steely determination."

Piers previously slammed Emma after she withdrew from Wimbeldon during the third round earlier in the summer.

He previously taunted her, tweeting: "Ms Raducuna’s a talented player but couldn’t handle the pressure & quit when she was losing badly. Not ‘brave’, just a shame."

The TV host was savaged this past week when he suddenly became 'team Emma' as she made it to the US Open final.

Gary Lineker made his own version of 'history' on the night of Emma's win too – taking to Twitter to congratulate her while he was in the midst of presenting Match of the Day.

The 60-year-old wrote: "First time in my life I’ve ever tweeted whilst on air but my goodness what a performance, what a triumph, what an amazing young woman. Congratulations @EmmaRaducanu on a truly staggering achievement. US Open winner at 18 without losing a set. Extraordinarily fabulous."

Emma also won the seal of approval from the Royal Family – with HM The Queen, Prince William and Kate, Duchess of Cambridge, offering congratulations online.

The Queen released a statement in a letter that was shared on Twitter, saying: "It is a remarkable achievement at such a young age, and is testament to your hard work and dedication."

The Duke and Duchess of Cambridge tweeted: "Huge congratulations @EmmaRaducanu on your stunning performances and historic Grand Slam victory! Incredible –we are all so proud of you."

Sports presenter Gabby Logan gushed online: "Is this the most incredible sporting achievement we have ever seen by an individual athlete? No sets dropped, came from qualifying? Second major?"

Stephen Fry tweeted his thoughts, writing: "What a glorious day for two remarkable young women. Yes, it may be ‘only’ sport, but in that ‘only’ there can be found so much of human joy, despair, glory, disappointment, wonder and hope. A brief flicker of light in a dark world."

TV presenter Kirstie Allsopp wrote on Twitter: "Turn to @channel4 for something to inspire your teenagers."