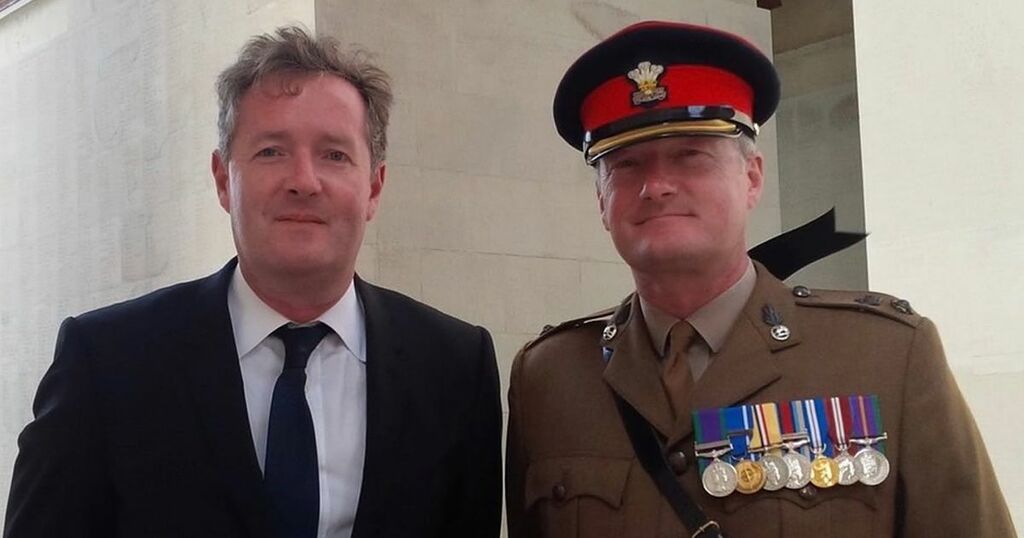 The Independent UK
Ricky Gervais makes dig at Piers Morgan over Taliban interview: ‘I’ve lost all respect for them’

Piers Morgan has publicly slammed Meghan Markle in vicious tirades over the years, but he was left furious over comments…

The Guardian - UK
From analysis to good news, read the world’s best news in one place
COVID or no COVID, Beijing diners won't be denied their Peking duck

Piers Morgan has shared a picture of his lookalike brother Jeremy as he retired from the army after nearly four decades of service.

The 57-year-old joined his sibling at the Thiepval Memorial in northern France, a monument to the thousands of missing British and South African serviceman who died in the Battle of the Somme in the First World War.

Piers was dressed in a smart black suit and white shirt while brother Jeremy wore a full military uniform, reflecting his 'outstanding' career which has seen him fighting in several conflicts.

Paying tribute to his brother, Piers wrote on Instagram : "Congrats to my brother Jeremy on his retirement from the British Army today after 37 years of service to his country including numerous war zones.

Jeremy has previously spoken highly of his brother, saying in a 2010 interview with The Times they would 'always pull together' despite their arguments.

He said: "Piers used to torment me and physically bully me when we were small. I remember him hitting me over the head repeatedly with a small, rubber yellow hammer.

"My mother couldn’t leave us alone. Later on, he’d bully me psychologically — niggle, niggle, niggle — until I got into a rage and beat him to a pulp.

"He fought like a girl, so he was easy to overcome.

"But I admired Piers, and when the chips were down we’d always pull together. I was just ill-equipped to deal with his sharp wit.

"He seems to enjoy long-running feuds. I was just one of his early victims."

Piers recently launched his TalkTV show Uncensored and wasted no time continuing his feud with Meghan Markle, who he branded a 'huge narcissist' over her reported plans to be US President.

He was particularly irked by comments from current US President Joe Biden ’s sister, Valeria Biden, who said Meghan would be a good potential candidate for the White House in the future, should she wish to pursue a career in politics.

“What? Is that a joke?" he fumed on the show. "Perhaps there is somebody out there less suited to becoming the leader of the Free World but I can't currently think of one."

The Independent UK
Ricky Gervais makes dig at Piers Morgan over Taliban interview: ‘I’ve lost all respect for them’

Piers Morgan has publicly slammed Meghan Markle in vicious tirades over the years, but he was left furious over comments…