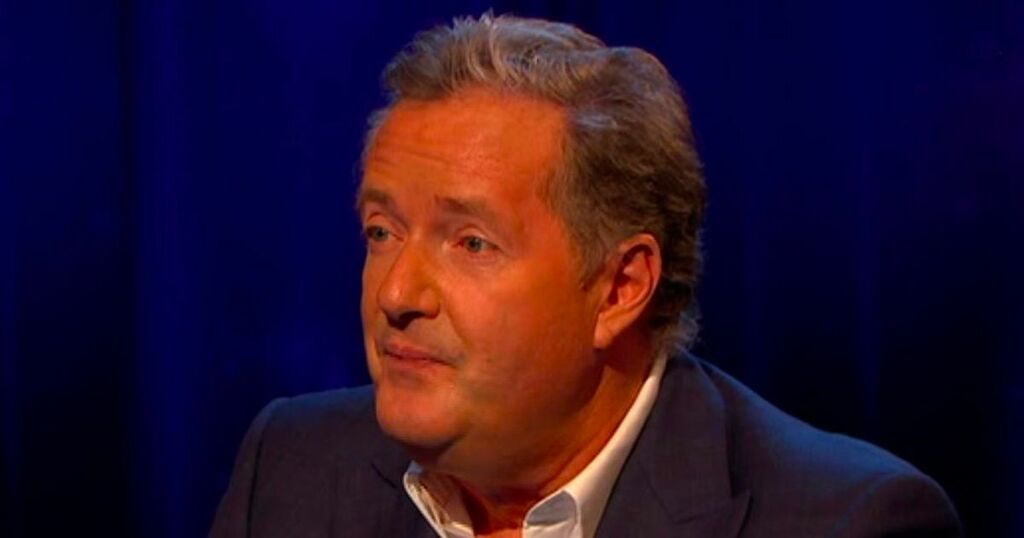 Piers Morgan aimed multiple swipes at Tottenham as his beloved Arsenal suffered an early exit from the FA Cup.

The Gunners lost 1-0 at Nottingham Forest on Sunday evening, meaning they were eliminated from the competition at the third round for just the second time since 1996.

Forest striker Lewis Grabban struck the winner for the Championship side in the 83rd minute with a close-range finish from Ryan Yates' powerful cross.

At the other end, Arsenal struggled to create chances and they did not register a shot on target during a doleful performance Mikel Arteta described as inexcusable.

The visitors wore a one-off all-white kit at the City Ground to raise awareness for a campaign against knife crime, and Morgan suspects this could have had a negative impact on their display.

What went wrong for Arsenal against Nottingham Forest? Have your say in the comments!

During the match, the former Good Morning Britain presenter wrote on Twitter : "Can someone please tell Arsenal’s players that playing in white shirts doesn’t mean we have to play as badly as Spurs?"

Arsenal's bitter local rivals traditionally wear all white whereas the Gunners have always had red on their home kits since their establishment 136 years ago.

Despite Morgan's dig, however, Spurs progressed to the fourth round earlier on Sunday as they came from behind to beat League One club Morecambe 3-1.

It was far from plain sailing for Antonio Conte's side, who trailed for almost half the match following Anthony O'Connor's opener before Harry Winks, Lucas Moura and Harry Kane scored within the space of 14 minutes in the closing stages.

"I think for a big part of the game, we struggled," Conte told N17 Live. "In this type of game, you have to score, because if you don’t score, you can find during the game a block of players trying to defend the result.

“Then, it can happen through a set piece to concede a goal. That happened today. We can do much better.

“The target is okay, because we tried to give a chance to the players who didn’t play so much in the last period, at the same time, to give a bit of rest to players like Harry Kane and Lucas Moura, who have played a lot in this period.

"At the end, we reached this target, and that’s important. For sure, we have to analyse the game and to keep the positives and try to improve the negatives."

Tottenham will host north London foe Arsenal in the Premier League next Sunday evening in a fixture which could prove vital in the race for the top four.