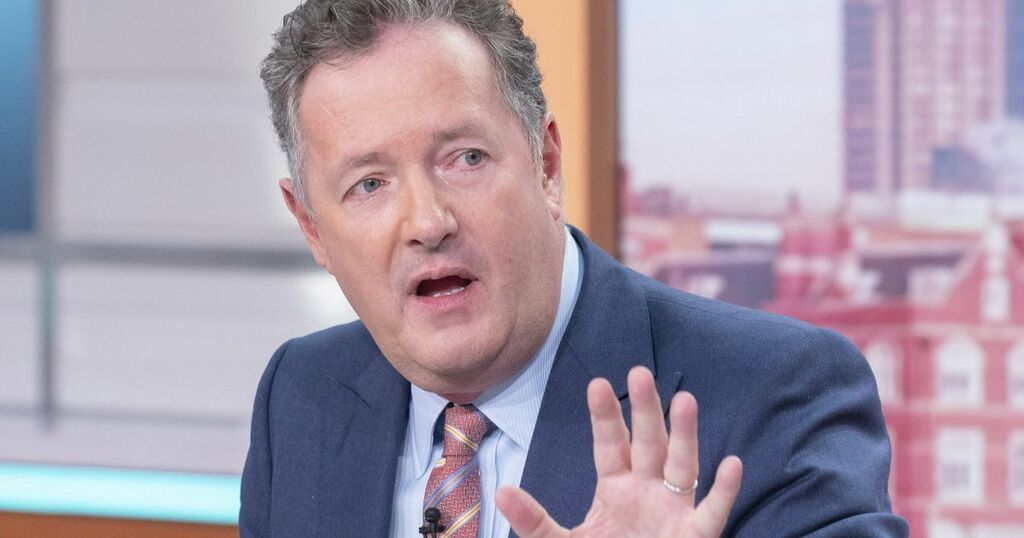 Piers Morgan has asked whether Meghan Markle will discuss "bullying in the workplace" with Ellen DeGeneres in his second awkward dig of the night at the Duchess of Sussex.

The former Good Morning Britain host, 56, appeared unimpressed that Meghan was doing her second interview since moving to the US with husband Prince Harry.

Taking to Twitter during the intimate chat, Piers referenced the bullying accusations that both had faced, with Meghan accused of "bullying" aides at the Palace and Ellen's "toxic workplace" claims.

Piers tweeted: "Are they discussing bullying in the workplace?"

He has previously voiced his opinions about Meghan when she sat down for a bombshell interview with Oprah Winfrey - claiming she suffered from "suicidal thoughts" and it eventually led to him quitting ITV's daytime show GMB after he sparked more than 50,000 Ofcom complaints.

After watching Meghan's sit-down chat with Ellen, he took to his social media to slam the star.

In September, it was revealed Piers' comments about Prince Harry and Meghan Markle's chat with Oprah was not against Ofcom regulations.

Good Morning Britain was not in breach of the broadcasting code over comments about the Duke and Duchess of Sussex's interview, Ofcom ruled.

Moments after the news broke, Piers tweeted about his happiness over the ruling.

The bolshy TV host penned: "BREAKING: ⁦ @Ofcom rejects all complaints against me over Meghan Markle furore that led to my exit from @GMB ⁩. Verdict says I was entitled to disbelieve her & Prince Harry & to restrict my right to do so would be a ‘chilling restriction on freedom of expression."

Piers then added another message where he asked if he was getting his job back on the ITV morning show.

He boasted: "I’m delighted OFCOM has endorsed my right to disbelieve the Duke & Duchess of Sussex’s incendiary claims to Oprah Winfrey, many of which have proven to be untrue.

"This is a resounding victory for free speech and a resounding defeat for Princess Pinocchios. Do I get my job back?"

He also told MailOnline: "I'm delighted that Ofcom has so emphatically supported my right to disbelieve the Duke and Duchess of Sussex's incendiary claims to Oprah Winfrey, many of which have since been proved to be untrue. This is a resounding victory for free speech and a resounding defeat for Princess Pinocchios.

"As OFCOM says, to have stifled my right to express strongly held and robustly argued views would have been an 'unwarranted and chilling restriction on freedom of expression. In light of this decision – do I get my job back?"

He continued: "I was reliably informed recently that the Duchess of Sussex wrote directly to my ITV boss Dame Carolyn McCall the night before I was forced out, demanding my head on a plate.

"Apparently, she stressed that she was writing to Dame Carolyn personally because they were both women and mothers – a nauseating playing of the gender and maternity card if ever there was one. What has the world come to when a whiny fork-tongued actress can dictate who presents a morning television news programme?"

An Ofcom spokesperson said of the decision to clear Piers: "This was a finely-balanced decision. Mr Morgan’s comments were potentially harmful and offensive to viewers, and we recognise the strong public reaction to them. But we also took full account of freedom of expression.

"Under our rules, broadcasters can include controversial opinions as part of legitimate debate in the public interest, and the strong challenge to Mr Morgan from other contributors provided important context for viewers.

"Nonetheless, we’ve reminded ITV to take greater care around content discussing mental health and suicide in future. ITV might consider the use of timely warnings or signposting of support services to ensure viewers are properly protected."