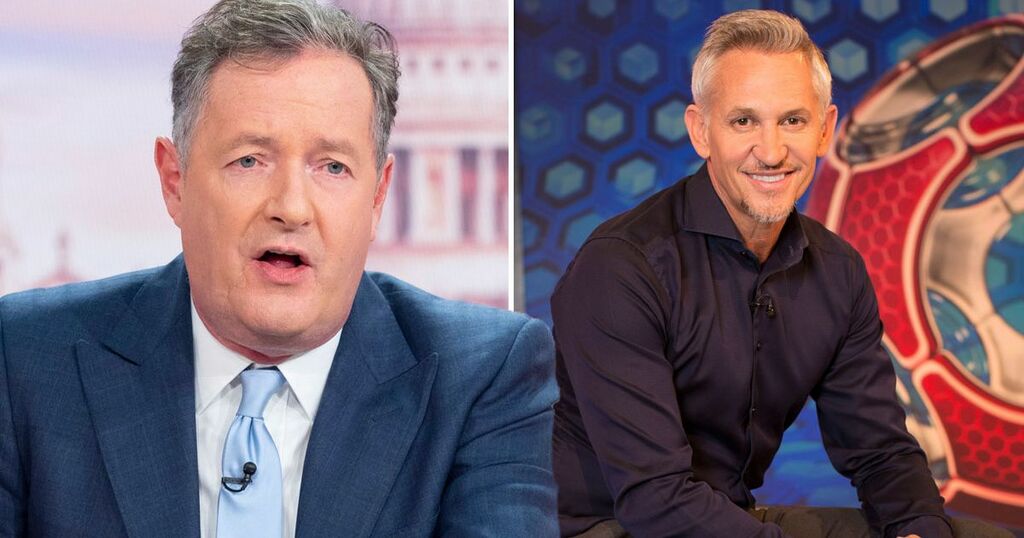 Piers Morgan has joked he has all the credentials to take over from Gary Lineker as the new host of Match of the Day.

With 22 years in the job, the former Leicester City, Everton and Tottenham striker has held the position for longer than any of his predecessors.

Lineker made the decision to step back from his commitments covering the Champions League with BT Sport, in order to spend more time with his family.

On that decision he said: “I feel it’s time to do things that I’ve always promised myself I’d do: such as follow Leicester across Europe with my sons (how many opportunities will we have?).”

And while he hasn’t suggested he could leave his other top job, speculation on who will eventually replace him has been raging.

Jermaine Jenas is the overwhelming favourite to take over, having earned his chops first as a pundit and then as the face of BBC’s The One Show.

Jenas was flattered by the rumour and said he would love to step into Lineker’s shoes one day.

He told the Sun: “Match Of The Day is the biggest job on television, and if I ever got the opportunity of course I’d say yes. When Gary decides to call it a day, I’m sure the BBC will have a look around and decide who’s the best fit for the job.

“Obviously I’d be absolutely delighted if it was me. But Gary’s not going anywhere.”

Meanwhile, controversial TV personality Piers Morgan has touted his own skills for the post, by aiming a dig at his friend Lineker.

“Well, a) I’m a lot younger and b) We’ve both won the same number of 1st Division, Premier League, & European club titles + same number of European Championships and World Cups. So, I’m just as qualified,” he posted on Twitter.

Lineker was quick to reply that Morgan’s statement was entirely truthful, pointing to his European Cup Winners’ Cup triumph with Barcelona in 1988/89.

Other names in frame include Football Focus host Alex Scott and MOTD2 anchor Mark Chapman, Lineker currently has a contract with the BBC until 2025.