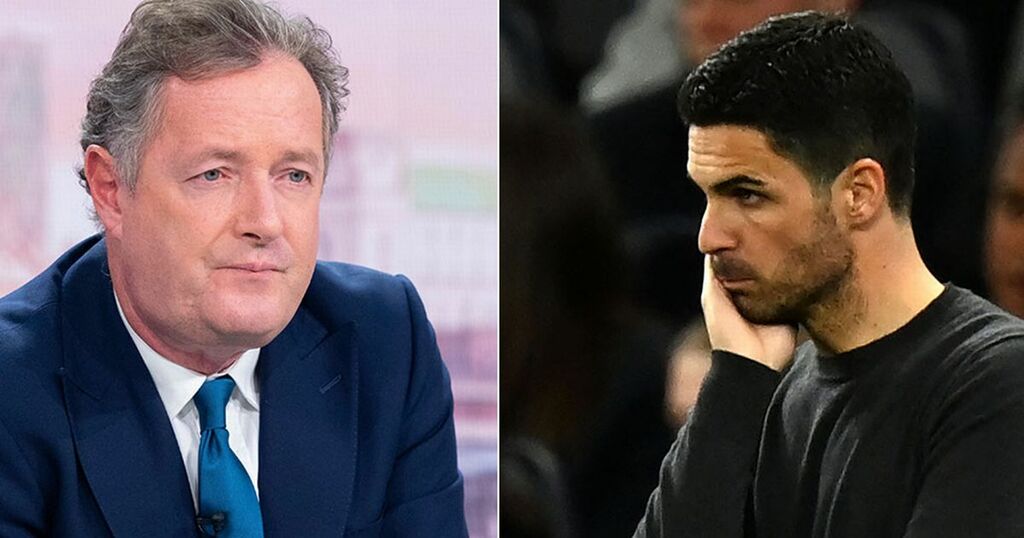 Piers Morgan has questioned why fans should “trust” Mikel Arteta after describing Arsenal’s performance against Tottenham as “unforgiveable”.

Arteta’s side were decisively beaten 3-0 by their north London rivals and had Rob Holding sent off during a disastrous first half for the visitors.

It allowed their hosts to narrow the gap between the two clubs to just a single point in the race for a Champions League place, though fourth spot remains in Arsenal’s hands with two games left in their Premier League campaign.

Their Spanish manager was rewarded for a promising season with an extension to his contract last week, with Arteta’s new deal running until the end of the 2024/25 season.

“Arteta can moan as much as he wants but we bottled it tonight, and in a north London derby that’s unforgivable,” Morgan tweeted after Arsenal’s defeat.

The 57-year-old has been particularly critical of the club’s decision to let Pierre-Emerick Aubameyang leave at the start of the year.

The Gabon striker had been out of the first-team picture at Arsenal after falling out with Arteta and being stripped of the club’s captaincy, but has enjoyed a reasonably successful start to his time at Barcelona.

Criticising Aubameyang’s departure and questioning Arteta’s “process” more widely, Morgan continued: “Can Arteta-crazed Arsenal fans remind me again why I should trust a process that involves spending £250m in 2yrs, giving our best striker to Barcelona, and losing 5 of our last 10 League games in crucial run-in with nothing else to play for? I’m struggling.”

Arsenal take on Newcastle and Everton in their final two games of the season.

If they win both encounters, Champions League qualification for next season will be assured, but any dropped points would open the door for Spurs.

Antonio Conte’s side have fixtures against Burnley and relegated Norwich to come.