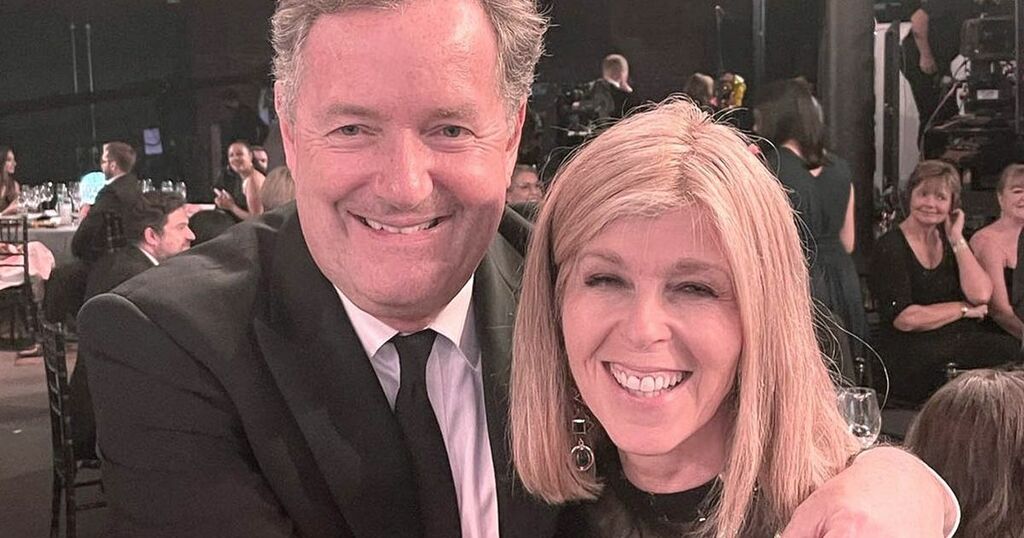 Piers Morgan and close pal Kate Garraway were reunited on Tuesday for the first time since his sensational exit from Good Morning Britain.

The pair co-hosted the morning show on ITV before Piers dramatically walked out following a row with Alex Beresford over Meghan Markle's comments in her interview with Oprah Winfrey.

Piers, 56, has regularly praised his former co-host since his exit and beamed as the pair posed for a pic for the first time in over six months.

The duo were together again at an event on Tuesday night and Piers gave Kate a big hug.

He posted the snap on his Instagram alongside the caption: "Reunited! First time we’ve seen each other since I left @gmb #whocareswins"

Fans were quick to share the love too as they took to the comments section of the post.

One fan wrote: " If anyone deserves a hug it’s Kate."

"This pic makes me smile," commented another.

And a third penned: "Such a great pic of you both."

Piers had once again been full of praise for his former co-star last week as he admitted that Kate has been "going through hell and people have no idea" as her husband Derek Draper continues his Covid-19 struggle.

He spoke after Kate, 54, scooped the award for Best Documentary for her ITV project Finding Derek at the National Television Awards.

The documentary followed Kate and her family during an extremely tough time in their lives as they dealt with the aftermath of Derek falling critically ill with Covid-19 in March 2020 and his long road to recovery.

Derek left hospital earlier this year and has been recovering at home with his family by his side since.

Piers took to Twitter to tell fans few people understand just how tough life has been for Kate.

He wrote at the time: "Love her. @kategarraway. One of the bravest most inspiring people I’ve ever known. People have no idea of the true hell she’s going through because she’s always putting others first & never complains."

He signed off the post with a plea for her husband's recovery adding: "Just pray her Derek comes out the other side."

Kate has revealed that she is set to move from ITV to BBC for a short while for a brand new presenting role following the success of her documentary.

Speaking about the new project, Kate told the Daily Star: "I am thrilled to be part of this fascinating new series.

“I believe we have all become increasingly curious about our health and well-being since the start of the pandemic, including me personally."