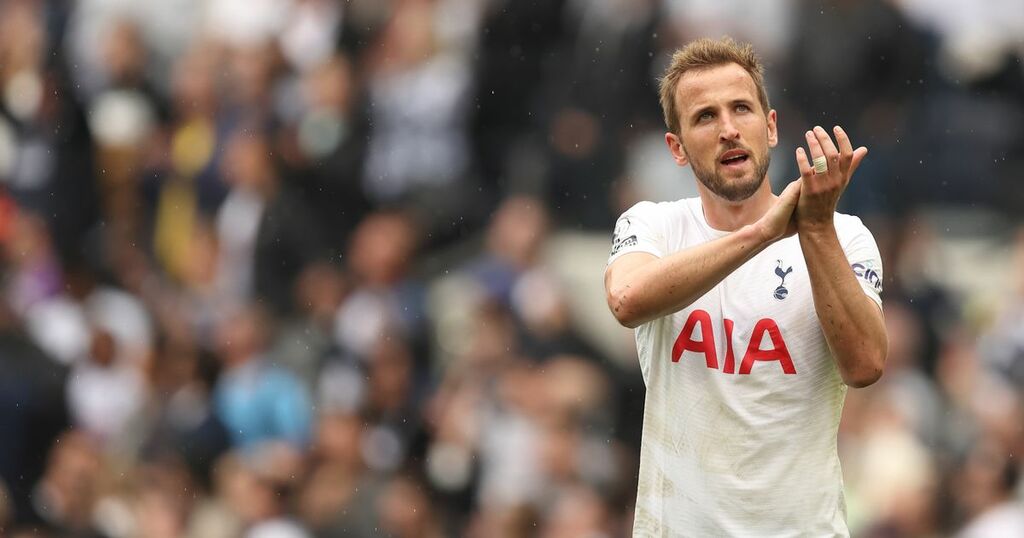 The Guardian - UK
One subscription that gives you access to news from hundreds of sites
Conte's plea to Spurs fans, his Arteta criticism and what he said to Ben Davies at half-time

Antonio Conte insisted he was “100 per cent and more” committed to Tottenham after Thursday night’s north London derby win,…

In arguably the biggest North London Derby in years, Spurs came out on top at the Tottenham Hotspur Stadium on Thursday night. After a 22nd minute penalty scored by Harry Kane, the Lilywhites went from strength to strength and won 3-0.

The crucial three points now takes them just a point behind Arsenal, with two games left to play. There were some standout performances from Antonio Conte's players individually and the team display was also solid.

The Italian praised his side's performance, in his post-match press conference. "For sure a good performance and from the start until the end, the approach to manage the game was very positive," he explained.

READ MORE: Tottenham player ratings: Kane and Son lead from the front as 10-man Arsenal are shot down

Off the pitch, the Tottenham fans were singing and cheering from before the game, throughout the 90 minutes and after. Conte, Ben Davies and Pierre Emile Hojbjerg all agreed on the impact this had on the Spurs team.

"You sometimes speak about this 12th man and today [Thursday] it's something that, without speaking to any Arsenal player, any Arsenal supporter, it's something that intimidates, 100 per cent. On the other side, [it] gives massive energy to us and it's a performance on and off the pitch that goes very high and just raises the bar for the future," Hojbjerg admitted, in his post-match interview with Spurs TV.

"Not only for us, in terms of we want to make the fans proud but the opponent, they get suffocated. You felt that today. You felt Arsenal were really on the back foot."

Tottenham managed 16 shots, with six on target, to Arsenal's eight shots with half on target. The 26-year-old played a big role in the middle of the pitch, making a key pass, 92.4 per cent passing accuracy and three clearances.

The Dane went on to explain that the boost the fans give the team on the pitch makes them feel like they can "run until next year". He admitted that the supporters were the "man of the match" and how great it is for the fan base to all come together on such a big occasion.

"It's beautiful how everyone comes together in this way. It's sometimes bigger than football because everyone gathers together around something that they are so passionate about and when you see you put so much good energy into something, very often a good outcome is going to happen and we saw that again today," he said.

Tottenham have just a couple of days to prepare, before their final home game of the season on Sunday, against Burnley. Their final fixture then sees them travel to Norwich.

Spurs can win both games but will need Arsenal to drop points either at St James' Park or against Everton on the final day of the season. Either way, the Lilywhites must secure maximum points against their final two opponents, which Hojbjerg reiterated in his interview.

"Obviously you are proud to win today, you take confidence, but if you don't get the result you need in the next two games, today in the end mathematically doesn't count. We know Arsenal still have it in their own hands but 100 per cent we have pushed Arsenal out of balance," he said.

The 26-year-old did praise Mikel Arteta's side for their "great season" why is why "they're up there" in the league. However, the midfielder didn't fail to send a bit of a dig to Tottenham's north London rivals, ahead of their tough trip to Newcastle on Monday night.

"I send all my best regards to Newcastle and hope that they will all show how good they are on Sunday. In the end, we can't look much left and right, we have to finish our own games in the right way," he said.

The Magpies currently sit 14th in the Premier League and have lost to both Liverpool and Man City in their last two matches. However it will be their final home game of the season and if the fans at St James' Park can create an atmosphere anywhere near what it was at the Tottenham Hotspur Stadium on Thursday night, Arsenal will be set for another tough battle and Spurs can only hope it goes in their favour.

The Guardian - UK
One subscription that gives you access to news from hundreds of sites
Conte's plea to Spurs fans, his Arteta criticism and what he said to Ben Davies at half-time

Antonio Conte insisted he was “100 per cent and more” committed to Tottenham after Thursday night’s north London derby win,…