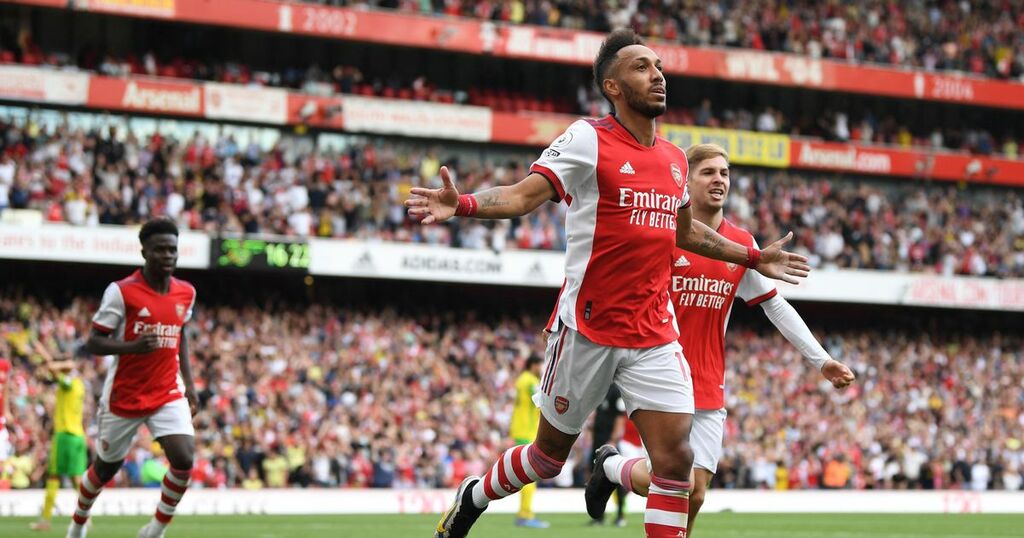 Arsenal skipper Pierre-Emerick Aubameyang has revealed the impact the Gunners dismal start to the Premier League campaign had on the players involved.

The opening exchanges of the new season have been the stuff of nightmares for the Emirates faithful, as Mikel Arteta's men sat rock bottom of the Premier League after three games played, with zero points, zero goals scored and nine goals conceded before today's clash.

Prior to the international break, the Gunners endured arguably the club's lowest point since Arteta took charge in December of 2019 - his side convincingly hammered 5-0 by a Manchester City team that barely had to get out of second gear to brush aside an Arsenal squad in absolute disarray.

However, a return to North London with five of the six summer signings featuring prompted better days, as Arsenal secured their first three points of the season courtesy of a 1-0 win over newly-promoted Norwich City.

Aubameyang's close-range goal was enough to separate the two sides, the Gabon international tapping him from no more than a yard out.

Following the full-time whistle, the Arsenal captain expressed his delight at the result - which lifts the Gunners off the foot of the table.

Speaking to BBC Sport, Aubameyang said: "I'm just really happy. The first three points of the season. It was tough weeks so we had to make sure we won this game in front of our fans. The most important thing today was to play with pride and that's what we did."

When pressed on how the start to the season - Arsenal's worst in their history, impacted the dressing room, he revealed: "It was really hard. When you lose games as players we are the first to be touched inside.

"We had 10 days to prepare ourselves and to change things and this is what we did.

"Today we made sure we won this game and took three points."

Though the three points will delight Arsenal players, staff and fans alike - the Gunners spurned a number of opportunities to end the game as a contest late on.

Emile Smith Rowe missed the pick of the bunch when he found himself baring down on goal only to see his strike saved by Canaries 'keeper Tim Krul.

Aubameyang said as much after the game, "Overall we played well. We had a lot of chances.

"We have to be a bit more clinical in front of goal but everyone gave everything on the pitch."