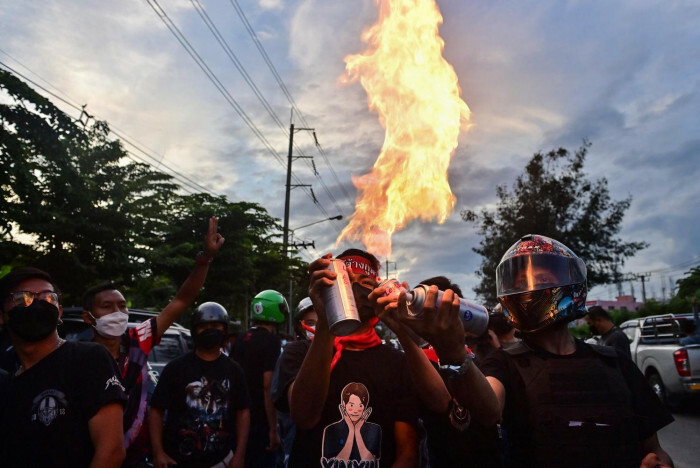 The Bank of Thailand's Puey Ungphakorn Institution for Economic Research (PIER) believes the country's differences of opinion could have an effect on future Thai economic growth as people's trust in one another declined over a 10-year period.

According to the World Values Survey, Thailand's social trust and reconciliation score in 2008 was 40 before declining to 30 in 2018, said PIER researcher Tanisa Tawichsri.

Younger Thais adjusted their attitudes and became less conservative, according to the latest PIER survey.

The differences of opinion are related to generational and income factors among people and led to a large gap in terms of social inequality.

Members of the younger generation have changed their attitudes and become more liberal, she said.

The score for liberal opinion among Gen Z respondents -- those younger than 30 years of age -- is particularly high at 90 out of 100.

The younger generation also has less confidence in public organisations than older generations.

The younger generation having less confidence in public organisations could impact government policies.

Members of the younger generation might not wish to collaborate with public policies, or they may ignore them, including economic policies, which could affect economic growth, said Ms Tanisa.

On the other hand, the younger generation is demanding a stronger welfare state, and this could lead to an improvement in the country's social welfare, she said.

Social vulnerabilities have been laid bare during the pandemic, raising the level of the country's economic inequality.

In particular, the country's diminishing unity could reduce confidence among people, business operators and investors, which would lead to suffering in relation to the country's economic activities.

Krislert Samphantharak, a PIER adviser, said even though differing viewpoints have weakened Thai society the past several years, the problem could be tackled.

He pointed to four instruments to relieve social vulnerability: an open mind, listening, talking, and collaborating properly and reasonably.

Mr Krislert said inequality has widened in several countries, hastened by the impact of the pandemic.

For Thailand, acceptance of different opinions is a key factor to relieve problems and develop a path towards reconciliation, he said.

Many countries have been dealing with inequality for a long time, with the problem exacerbated during the pandemic.