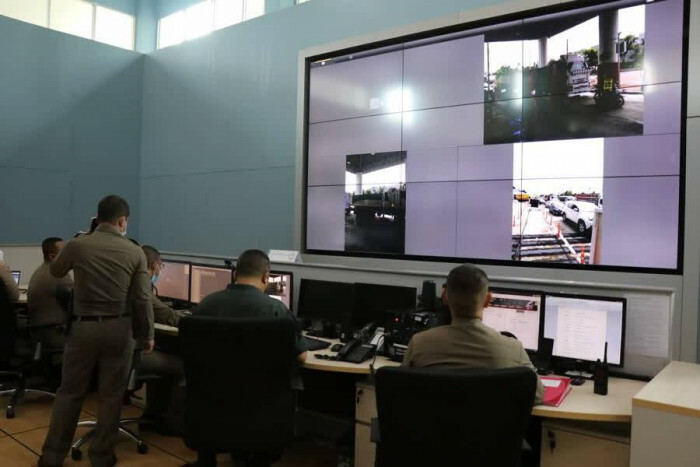 The success of Phuket's city data platform (CDP), which uses important city data for analysis and planning, should lead to the approach being applied to other major provinces due to reopen to tourists from Nov 1, said the Digital Economy and Society (DES) Ministry.

The CDP is a core part of the government's smart city project, using data from state agencies, local administrative agencies and the private sector.

Mr Chaiwut said the CDP and other technological solutions are useful for the government's Phuket sandbox scheme, which allowed vaccinated foreign tourists to enter Phuket from July 1 without quarantine.

He touted digital technology as important in ensuring public safety and preventing outbreaks, which in turn boosts confidence among foreign tourists.

Digital tools used by Phuket can serve as a prototype for other provinces to create confidence among tourists there as well, said Mr Chaiwut.

He visited Phuket last week to observe the sandbox and the Intelligence Operation Centre, a command facility based in Patong that leverages important city data for planning and addresses local problems.

Work at the centre is also supported by Phuket City Development Co and Prince of Songkla University's Hat Yai Campus.

The Digital Economy Promotion Agency (Depa) has provided technological assistance to agencies in the Phuket sandbox, such as a facial recognition system, the contact-tracing Mor Chana app, an ID verification platform (Chaba Plus), and a tourist inspection system for quarantine.

Tourists travelling to Phuket must download the Mor Chana app. If they leave Phuket, the system will alert the centre, sending a signal to authorities every half-hour to indicate the whereabouts of foreign travellers.

According to Mr Chaiwut, CCTV cameras installed around Patong beach and intersections in the area are equipped with face detection solutions that can help locate offenders.

Data drawn from various sources can be analysed and approaches ironed out to address problems related to tourism, real estate, safety and the environment, he said.

The next step involves data drawn from various agencies in Phuket being incorporated into the government cloud platform, said Mr Chaiwut.

The DES Ministry wants to see Phangnga, Krabi and Chiang Mai, which are also tourist destinations, capitalise on city data as they are set to reopen to vaccinated tourists on Nov 1, he said.

Depa president and chief executive Nuttapon Nimmanphatcharin said CDP is a core piece of infrastructure for smart city development. Depa can serve as an integrated system facilitator and consultant for system design for each smart city, he said.

Each smart city must synergise collaboration between state agencies, public services and the private sector. They can ask the DES Ministry for budget support through the Digital Economy and Society Development Fund, Mr Nuttapon said.

The Phuket Sandbox Centre has a tourist information link and a tracking system connected with the immigration checkpoint at Phuket airport and Tha Chatchai land checkpoint.