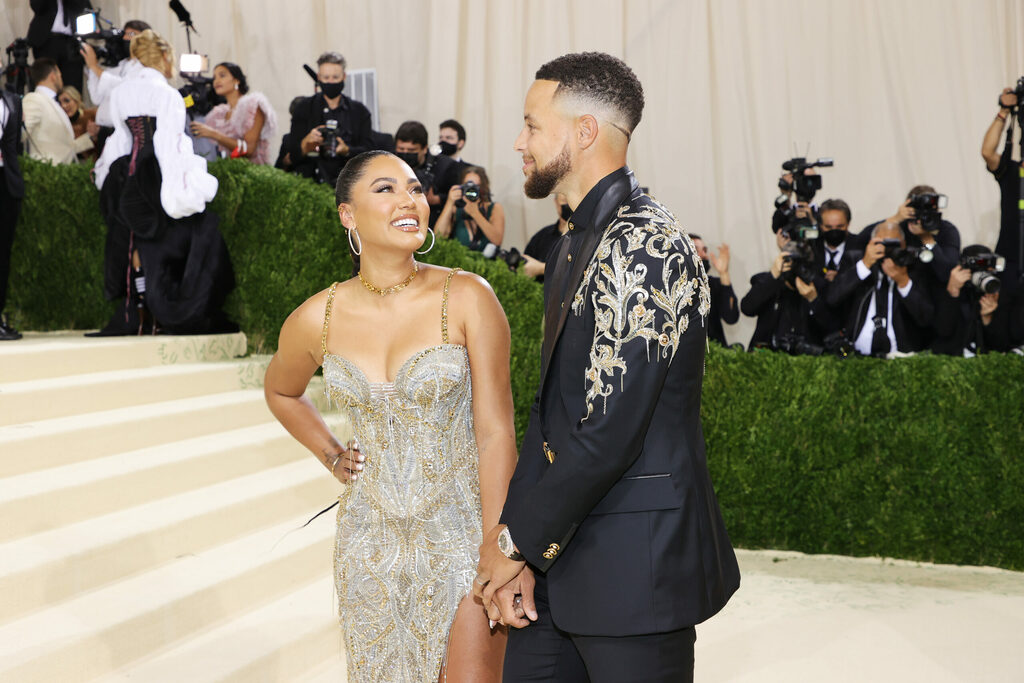 Each year, the annual Met Gala attracts a star-studded list of celebrities, fashion icons and athletes from around the globe. The popular event serves as a fundraiser for the Metropolitan Museum of Art’s Costume Institute.

In the 2021 edition of the event, one of the Golden State Warriors power couples made an appearance at the gala in New York City.

Shining in high fashion, Steph and Ayesha Curry had cameras fluttering as they arrived at the event. Ayesha glimmered in a bedazzled gold dress that caught the attention of photographers at the gala.

Ayesha and Steph Curry arrive at the #MetGala. https://t.co/vaX97iQM2B pic.twitter.com/K1JdkyjSWR

Steph wore an all-black suit with gold accents. Along the side of his sleeve, his Golden State Warriors No. 30 was etched into his suit.

On Instagram, Curry shared photos from the Met, including a picture of Michael Jackson that inspired his look.

Along with a flurry of A-list celebrities, Curry linked up with fellow NBA point guard Russell Westbrook at the met.

Russ and Steph at the #MetGala pic.twitter.com/A4DMEer2KT