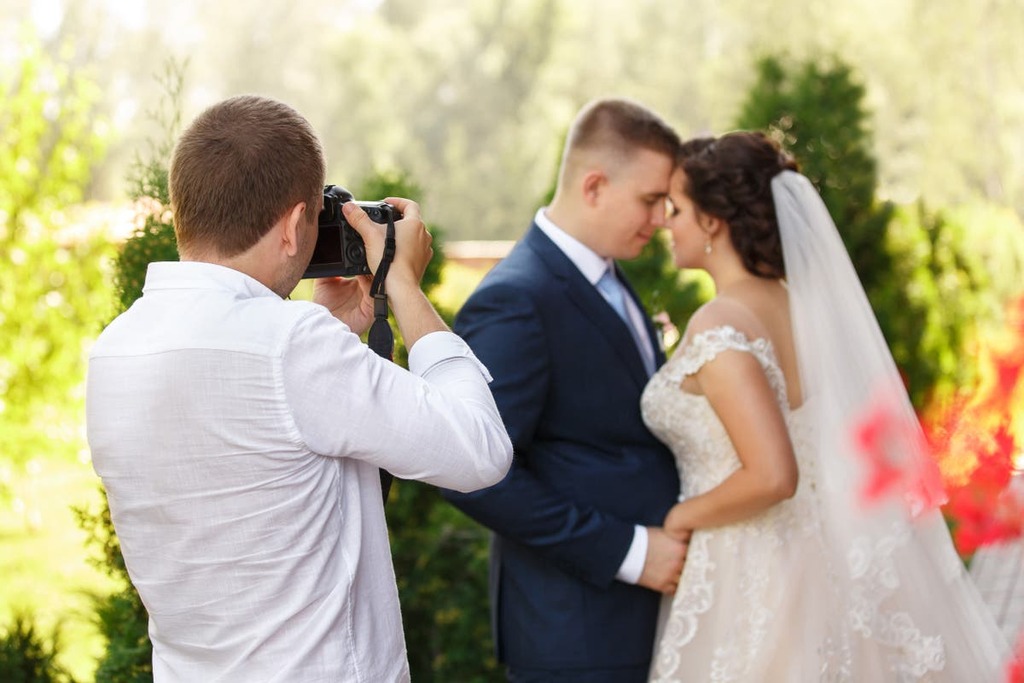 A photographer has sparked a debate on social media after questioning whether they were wrong to delete the wedding photos they shot after the newlyweds refused to give them a break to eat.

The dilemma was described in detail to a post on Reddit’s AITA [Am I The A**hole] thread, where the OP [original poster] explained that they were not actually a photographer, but a dog groomer, but had been asked by a friend getting married if they could shoot their wedding.

According to the OP, the couple was looking to save money on a professional photographer, and had assured them that they didn’t mind if the photos weren’t perfect.

“They were on a shoestring budget and I agreed to shoot it for $250, which is nothing for a 10-hour event,” the dog groomer explained.

On the day of the wedding, the poster said that they followed the bride to various appointments to take pictures, and then shot photos of the ceremony, as well as the reception and the speeches.

However, when it came time for the food to be served - around two hours before they were meant to finish photographing the wedding - the dog groomer said that they were told they could not stop to eat, nor were they saved a seat at a table.

“I started around 11am and was due to finish around 7.30pm. Around 5pm, food is being served and I was told I cannot stop to eat because I need to be photographer; in fact, they didn’t save me a spot at any table. I’m getting tired and at this point kinda regretting doing this for next to nothing. It’s also unbelievably hot: the venue is in an old veteran’s legion and it’s like 110F and there’s no AC,” they wrote.

According to the OP, at that point, they informed the groom that they needed to take a 20-minute break to “get something to eat and drink,” as they were out of water, to which the groom said that they would need to continue photographing or “leave without pay”.

“With the heat, being hungry, being generally annoyed at the circumstances, I asked if he was sure, and he said yes, so I deleted all the photos I took in front of him,” the Reddit user continued, adding that they then left after informing the groom they were “not his photographer anymore”.

They added: “If I was to be paid $250, honestly at that point I would have paid $250 just for a glass of cold water and somewhere to sit for five minutes.”

The Reddit user concluded the post questioning whether they are the a**hole before noting that the couple has been on their honeymoon but that various guests have been asking about wedding photos on their social media accounts.

In the comments, OP also noted that they had originally been invited to the wedding as a guest, and had RSVP’d with their food choice. As for how they knew the bride and groom, they said that they were “low priority” on the friend list, as they “see each other at functions and that’s really it”.

The post, which has been upvoted more than 29,000 times, has since gone viral on social media, prompting thousands of people to weigh in.

On Reddit, most users were in agreement that the couple was in the wrong, with one person writing: “Duuude... even professional wedding photographers who are paid $X,000 are given time to relax and have dinner during the reception/cocktail hour. It’s absolutely unreasonable for someone to be expected to work 10 hours without a break/food/water.”

Another said: “They were taking advantage of you, to the point of exploitation, and you stood up for yourself. They weren’t acting like friends at all, nevermind decent people that hired someone for their services at a pittance. Try not to undersell yourself in the future OP.”

On Twitter, some found amusement in the situation, with someone else noting: “The photographer debacle is funny to me bc I know that couple somewhere mad af all they have is saved Instagram stories and tagged Facebook pics to look back on.”

However, others were more conflicted over the dilemma, with some suggesting that both parties were wrong, as the groom should have treated their friend better but the photographer should not have deleted the once-in-a-lifetime photos.

“He treated you very poorly and expected too much for nothing. Sadly, I hope you are prepared for not only that ‘friendship’ to be over but also maybe losing some other mutual friends as well. You ultimately deleted pictures they can never get back...(unless you can retrieve them somehow),” someone else wrote on Reddit. “Again, I totally understand where you were coming from - yet you could have easily just left and held the pictures for ‘ransom’ for your $250.”

According to another person, the poster shouldn’t have deleted the photos because, “as satisfying as it was,” they could have just left and then informed the couple that the price of the pictures had tripled.

There were also those who expressed sympathy for the bride, as some Reddit users noted that it was the groom who was to blame but the bride now has to suffer the consequences of her new husband’s actions.

As for the dog groomer’s thoughts on the situation, they revealed in the comments that they regret their actions, as they now have “nothing to show” for their time.

“In retrospect, I wasn’t thinking straight because now I’ve nothing to show for my wasted time. I just had to get out of there and make a point before I did,” they wrote.