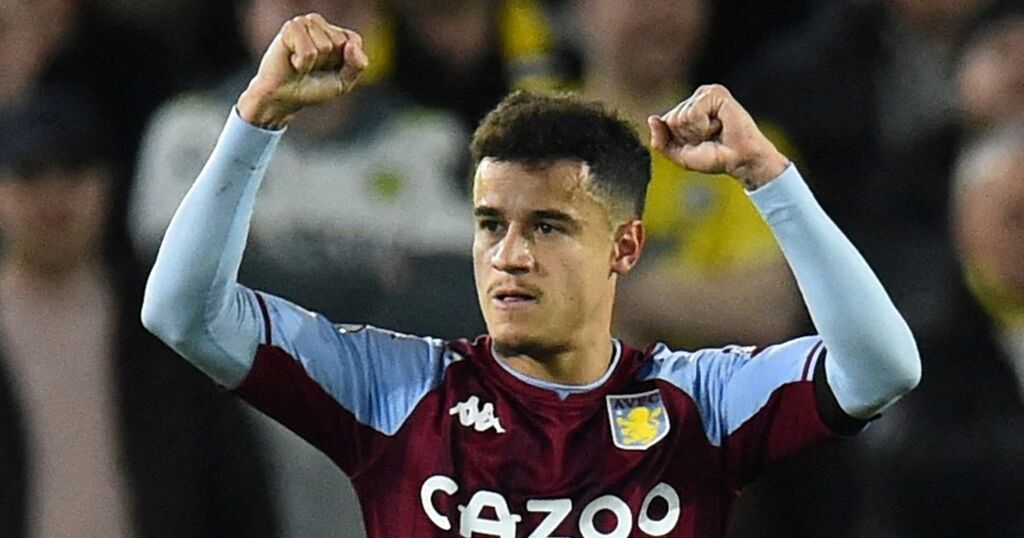 Philippe Coutinho has completed a permanent move to Aston Villa in a deal Barcelona claim is worth €20m (£17m).

Philippe Coutinho has completed a permanent transfer to Aston Villa, putting an end to his four-year Barcelona nightmare.

Villa have paid just £17million for the Brazilian, with a 50 per cent sell-on clause for any future sale sweetening the deal. Coutinho has signed a four-year contract worth £125,000-a-week - a pay cut of more than 70 per cent.

Coutinho joined Villa on loan from Barcelona in the January transfer window and has impressed playing under his former teammate at Liverpool, Steven Gerrard.

Coutinho said: "I am really happy and excited about the present and future. I've been made to feel very welcome since day one. I've enjoyed it so much. I believe so much in the squad that we can achieve really good things next year and I am really excited for the next season already."

Gerrard added: "This is a brilliant signing for Aston Villa. Phil is a model professional and his impact on the group has been very clear since he joined in January. With the way he conducts himself on and off the pitch, he's also a valuable role model for our younger players who can only benefit from his experience.

"As we look to build towards next season, it is incredible to work at a club that executes its business so decisively and smoothly."

A statement on the Barcelona website read: "FC Barcelona would like to publicly state their thanks to Philippe Coutinho for his commitment and dedication, and wish him success and all the best for the future."

The £17million transfer is a huge blow for Barcelona financially given the Catalan giants splashed out £142million on the midfielder back in 2018.

Coutinho's head was turned while he was at the peak of his powers at Liverpool and handed in a transfer request to push through a move to Spain.

Upon signing for the La Liga club, Coutinho announced he was completing a dream transfer but things quickly became a nightmare for the Brazilian.

After losing his place in the Barcelona starting XI, Coutinho was sent out on loan to Bayern Munich, where he won the Champions League.

This season he started at Barcelona but joined Villa to link up with Gerrard after the former Liverpool skipper enquired about him. He has now joined permanently.

Philippe Coutinho has completed a permanent move to Aston Villa in a deal Barcelona claim is worth €20m (£17m).