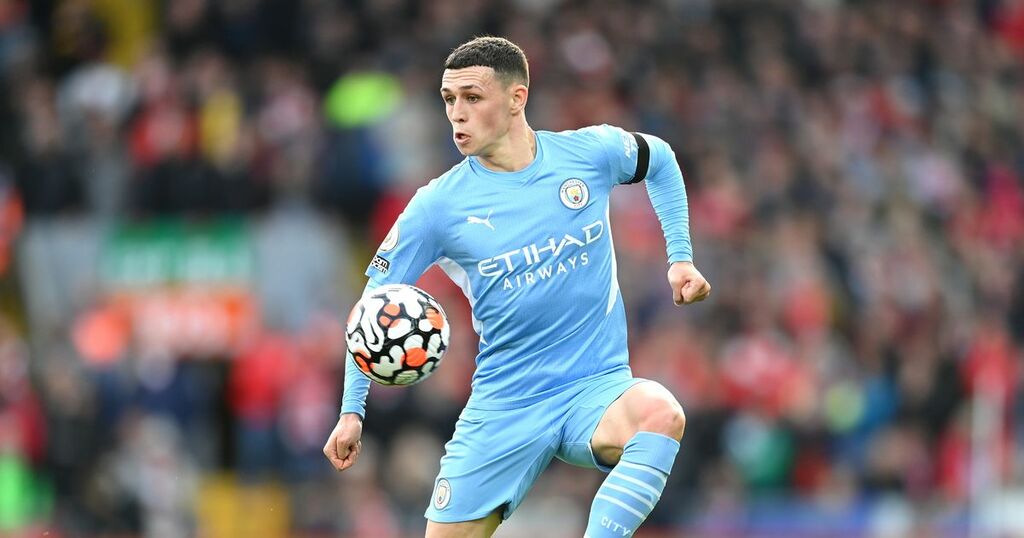 Phil Foden looks set to sign a new six-year contract at Manchester City, a deal that will keep him at his boyhood club until 2027.

The deal represents a huge coup for City. In Foden, they have one of the best young talents in world football, a local lad who loves the club and who the supporters can identify with.

In the spirit of looking to the future, here at City Is Ours we've been debating what Foden's City career will look like in two years' time. It's fair to say things look pretty rosy for Stockport's favourite son.

Where will he rank amongst the best?

Alex Brotherton: Perhaps I'm getting carried away, but I think we'll be talking about Foden in the same revered tones that we discuss Andres Iniesta, David Silva and even Paul Gascoigne.

When Iniesta, one of the greatest creators in the history of the game, was that age, he was already wowing Barcelona fans at Camp Nou.

Silva is a City legend, the best midfielder to ever play in sky blue, but if there's one man who can eclipse him it's Foden. Ballon d'Or 2023? Watch out.

Ross Jackson: I mean, can't we already consider him amongst the world's best? A Ballon d'Or nomination at the age of 21 speaks for itself.

Erling Haaland and Kylian Mbappe will likely be the two players everyone is raving over by the time we get to the 2023/24 season (how on earth is that only two years away?) but Foden will be the guy the footballing purists love to watch.

As Alex has already mentioned, Iniesta is one of the best midfielders we've ever seen but I see no reason why Foden can't reach similar heights. The guy is just an absolute genius.

Alex Brotherton: Up until now, Foden has largely played on the left wing for City. This was a conscious decision by Pep, despite Foden rising through City's youth teams as a number eight - to play centrally in the Premier League you need to be fully developed both physically and mentally.

Now, Foden looks ready to take back his preferred position. His passing ability and vision are wasted out wide, so the sooner he nails down a more central role, the better. With Bernardo Silva likely to leave next summer and Kevin De Bruyne and Ilkay Gundogan not getting any younger, we could see him starting there more often this season.

Ross Jackson: Foden was definitely that annoying kid at school who you could stick at right-back and he'd still be the best player on the pitch by a country mile.

There's no denying he's a brilliant left winger, but for me, he's got to be playing as a number eight. The way he can take the ball on the half-turn and just wriggle his way out of trouble, that's exactly what England have missed and so for Gareth Southgate's sake, I really hope Pep decides to play him in a more central position.

What will he win?

Alex Brotherton: By the end of 2023, I think Foden will have lifted the Champions League trophy, added at least one more Premier League winner's medal to his collection and have been named in the World Cup 2022 team of the tournament.

In fact, I think he will have played in a World Cup final. I'm not going to go any further and risk tempting fate.

Ross Jackson: First thing's first, I think we can all agree he'll have two more Carabao Cup winner's medals on his mantelpiece.

Aside from the obvious, I'm going to go one step further than Alex and say he'll have won two more Premier League titles, but I'm stopping short of giving him Champions League glory - I don't know what it is, but something just always seems to go wrong for City in that competition.

In terms of international honours, again I just get that horrible feeling that it just isn't going to happen for England in 2022. Foden will undoubtedly be a key cog in the Three Lions team by the World Cup in Qatar but I reckon it'll be semi-finals and no further.

How far do you think Foden can go? Follow our City Is Ours team members - Ross Jackson and Alex Brotherton - on Twitter and let us know your thoughts in the comments section below.