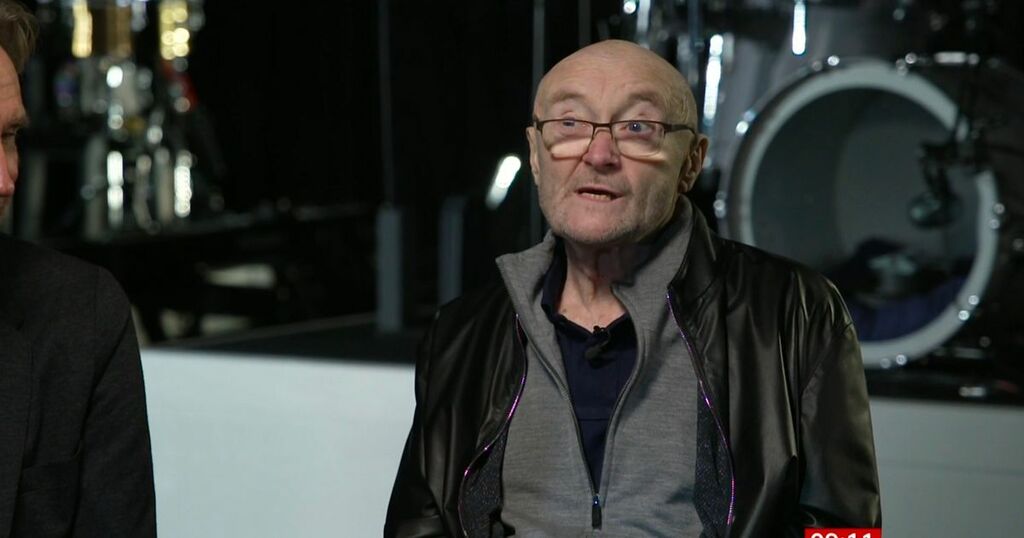 Genesis frontman Phil Collins has spoken frankly about his health problems, which he says have left him barely able to hold a drumstick.

Collins, who’s also enjoyed huge solo success, is due to tour with the band this autumn for their first tour in 14 years, including UK and North American dates. His son Nic will fill in for him on drums.

The tour, titled The Last Domino, has already been rescheduled twice due to the pandemic. As the name implies, it’s expected to be the final Genesis tour.

How is Phil Collins' health?

In an interview with BBC Breakfast, Collins discussed the health issues that have plagued him for many years.

The 70-year-old explained that two back surgeries, in 2009 and 2015 respectively, had done lasting damage to his nerves. He is also a Type 2 diabetic, as he revealed in 2017.

That same year, he suffered a fall on his way to the bathroom, leaving him with lasting mobility problems - including ‘drop foot’ - and forcing him to reschedule two gigs at London’s Royal Albert Hall.

Collins was asked by BBC Breakfast whether he could still play the drums, and admitted that his health had made it impossible for him.

“I’m kind of physically challenged a bit, which is very frustrating because I’d love to be playing up there,” he said.

“I can barely hold a [drum] stick with this hand, so there are certain physical things which get in the way.”

How did Phil Collins become ill?

Some of Phil Collins’ health problems have been attributed to the physical strain of playing the drums for so long.

An injured vertebrae in his neck has left him with serious nerve damage.

Collins also suffers from acute pancreatitis, which he has suggested is largely down to his previous heavy drinking.

Will the Genesis tour go ahead?

Genesis’ The Last Domino tour is scheduled to kick-off at Birmingham’s Utilita Arena on September 20, where the band will play three shows.

The band will then perform dates in Manchester, Leeds, Newcastle, Liverpool, Glasgow and London, before heading to North America in November.

Collins says the tour will effectively be “putting it [Genesis] to bed” and he admitted to being unsure “if I want to go out on the road any more”.

His physical decline was apparent during his last solo tour, the Not Dead Yet tour of 2017-19, when he was unable to play drums at any point due to his nerve damage and had to perform while seated.