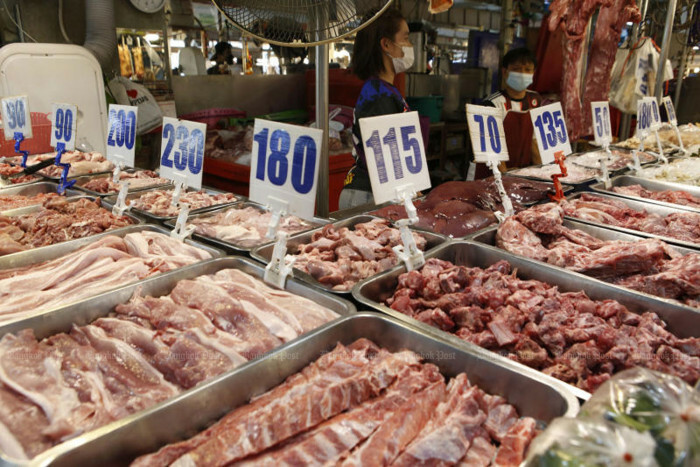 The Pheu Thai Party plans to grill the government over its alleged cover-up of an African swine fever (ASF) outbreak in the country and will also ask the anti-graft agency to investigate.

In a statement on Wednesday, the main opposition party said it suspected the government knew there was a swine fever outbreak in the country that started in 2020, but had concealed it from the public.

The party based its accusation on the huge number of pigs that had died and the Ministry of Agriculture and Cooperatives' request for more than 500 million baht to subsidise the culling and disinfection of pig farms and to compensate farmers.

The government not only failed to tell the public the truth, but also failed to take action to address the issue, the party statement said.

The damage caused to pig farmers and to consumers, who are bearing the brunt of soaring pork prices, was the result of mismanagement by the government, the party said.

It called on the government to introduce relief measures for pig farmers to help them sustain their operations and to bring down pork prices and reduce the soaring cost of living.

Stressing that someone must be held responsible, Pheu Thai said it would raise the alleged cover-up in the House of Representatives when it convenes. It would also submit evidence to the National Anti-Corruption Commission and ask it to investigate the matter.

Pheu Thai secretary-general Prasert Chantararuangthong said the opposition would use the planned general debate to point out flaws in the government's management of the economy and the budget.

He said Prime Minister Prayut Chan-o-cha could have cushioned the economic impact of an African swine fever (ASF) outbreak had he paid heed to the opposition's suggestions.

Mr Prasert said the cash handout schemes finally implemented in a bid to turn the economic situation around showed that the government was at its wits end.

Meanwhile, the House committee on agriculture will summon Sorravis Thaneto, director-general of the Department of Livestock Development (DLD), to answer questions about the alleged cover-up next week.

Narit Khamnurak, a Democrat Party MP for Phatthalung and chief adviser to the committee, said the DLD chief would also be questioned on plans to resolve the issue following confirmation of ASF at a slaughterhouse in Nakhon Pathom.

"The panel will hold an online meeting next week to discuss the ASF outbreak, which has affected people extensively, from farmers to consumers. A special committee may be set up to work on this issue," he said.