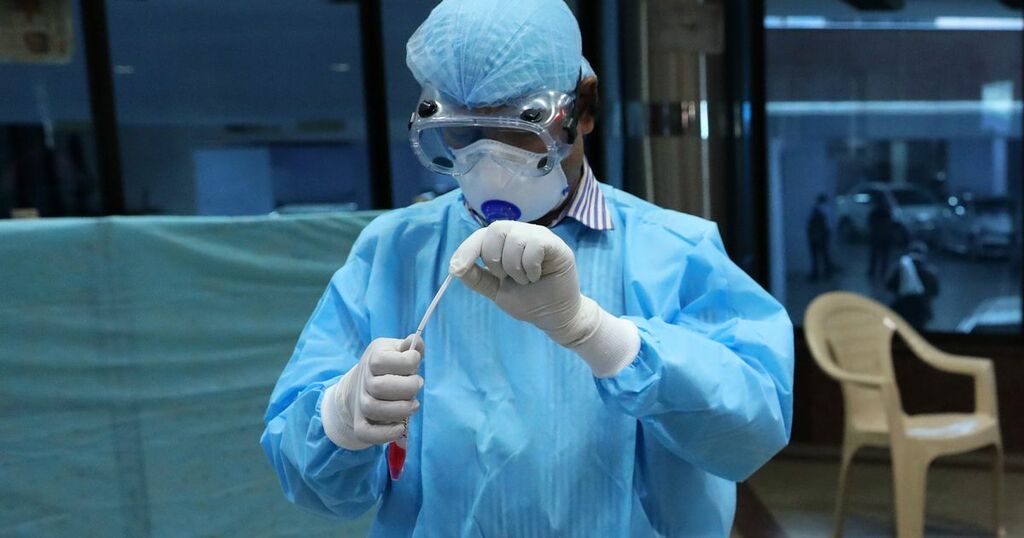 A total 53 cases of the new 'Mu' Covid variant have been documented in England, official figures show.

The 'Mu' strain is among the latest to be officially listed as a 'variant under investigation' by health authorities.

The variant at first emerged in the UK in May, and since the last update a further five cases have been recorded by September 1, in the latest update since late August.

As of August 30, no deaths had been linked to the strain, according to PHE's figures.

Fewer than five cases had resulted in visits to emergency departments.

A total 33 of the cases were in patients aged over 50, and the PHE figures did not record whether those who became infected were vaccinated.

Dr Meera Chand, Covid-19 Incident Director at PHE, said: “Public Health England designated variant B.1.621 as a Variant Under Investigation on 21 July. On 30 August it was designated as a Variant of Interest by the WHO, and given the name “Mu.” We continue to monitor the situation closely and there is so far no evidence that Mu can outcompete the dominant Delta variant, with cases in the UK remaining very low.

“All appropriate public health interventions are being undertaken. Where cases have been identified, additional follow-up of cases, testing of contacts and, if required, targeted case finding will be deployed to limit its spread.”

Mu has caused some concern in the United States, where more than 1,750 cases have been recorded, as it remains unclear how infectious the new variant is as US reports say its rates remain low in its pockets of spread in California and Florida.

The strain, also known officially as B.1.621, was listed as a 'variant of interest' by the World Health Organisation (WHO) last week.

The UK's dominant strain presently remains Delta, which has continued to spread at pace despite the UK's high vaccine coverage.

Health authorities have hailed the vaccine rollout as driving down deaths and severe illness linked to the virus.

While the UK's daily case numbers have been soaring past 30,000, the number of hospitalisations and deaths have not risen close to the levels seen during the devastating winter peak.

More than 48million people have now received at least one dose of the vaccine, with officials now considering whether to extend the jab rollout to 12 to 15-year-olds.

However concerns for NHS winter pressures as school pupils return from summer break following the end of England's lockdown have prompted fears restrictions could be brought in again, despite the effectiveness of the jab against severe illness.

Senior cabinet ministers today did not rule out the prospect of restrictions returning amid speculation about October 'firebreak' measures.

While Downing Street has denied Boris Johnson “planning” a lockdown around that time, vaccines minister Nadhim Zahawi today repeatedly refused to rule one out.

According to the i newspaper, the government has drawn up plans ranging from another 'firebreak' lockdown like those brought in last autumn, to less drastic measures.