PGA Championship 2022: When is it, field, are Tiger Woods and Phil Mickelson playing, latest odds and preview

Major season continues in the world of golf as the sport’s elite descend on Southern Hills in Oklohama for the PGA Championship this week.

It’s just over a month since Scottie Scheffler continued his stunning 2022 by winning the Masters, and the world number one is once again the man to beat.

There are plenty capable of doing just that though and there are few bigger prizes, quite literally, than the Wanamaker Trophy, which one player will have the ardous task of lifting on Sunday.

Heading into the weekend, Will Zalatoris takes a one-shot lead.

Here’s all you need to know ahead of the second major of the year getting underway...

Who is playing at the PGA Championship?

It’s no surprise to see Scheffler leading the way as favourite, followed by Jon Rahm who comes into this off the back of victory at the Mexico Open earlier this month.

Should Jordan Spieth win this week, he will become just the sixth player to complete the career Grand Slam. He has twice finished inside the top three at this tournament, but has not yet been able to complete his set of majors.

One man who has is Woods, and he tees it up for the first time since his return at the Masters in April. The 15-time major champion will be hoping for further signs of improvement on a course that will prove less taxing on his body than Augusta.

Rory McIlroy began his latest attempt at ending an eight-year major drought and Collin Morikawa is well-fancied at a tournament he won two years ago.

Brooks Koepka, twice a winner of the PGA Championship, has also not been seen since the Masters, while Bryson DeChambeau has shelved plans to make his return from wrist surgery this week.

After careful consideration, I have decided to WD from the @PGAChampionship. I want to make a full return when I am 100% ready to compete at golf’s highest level. Thank you all for the continued support!

Defending champion Phil Mickelson is another player who will be absent. The 51-year-old has not played since announcing he was taking a break from the sport in February following criticism of comments he gave regarding the Saudi-backed LIV Golf Series.

Mickelson is one of those who has requested a release to play in the first event of that series, spearheaded by Greg Norman, though the PGA Tour has since refused to allow players to do so.

Phil Casey has withdrawn from the this week’s event with a back injury, while Sungjae Im is forced to miss out due to Covid. With Harris English also absent, it leaves 95 of the world’s top 100 in the field.

Where is the PGA Championship being played?

The second major of the year is taking place at Southern Hills, in Tulsa, Oklahoma.

It’s a course that hosted the PGA Championship back in 2007, when Woods came out on top, though it has since undergone a significant restoration project which was completed three years ago.

With just two par fives on the card, both measuring over 630 yards, and par threes which are also on the whole lengthy, it’s a par-70 that will certainly challenge the field.

Scheffler shot a 64 in a practice round a couple of weeks ago, at a venue he has described as his favourite course.

Justin Thomas was also a big fan after a recent scouting mission with Spieth.

He said: “I was blown away with just how good of a golf course it was. It challenged kind of all facets of your game.

“You really, really have to be good around the greens. You can’t fake your way around it.”

When is the PGA Championship?

The action got underway this week with the first round today, Thursday, May 19.

The third round gets underway on Saturday May 21.

Assuming there are no delays due to the weather, and there are none expected, the winner will lift the Wanamaker Trophy on Sunday night.

How to watch the PGA Championship

TV channel: The four days of the tournament will be televised on Sky Sports Golf and Main Event.

Full coverage begins at 1pm BST for the first two rounds on Thursday and Friday, and fans can then tune in from 2pm over the weeekend.

Live stream: Sky Sports subscribers will be able to watch all the action online via the Sky Go app. 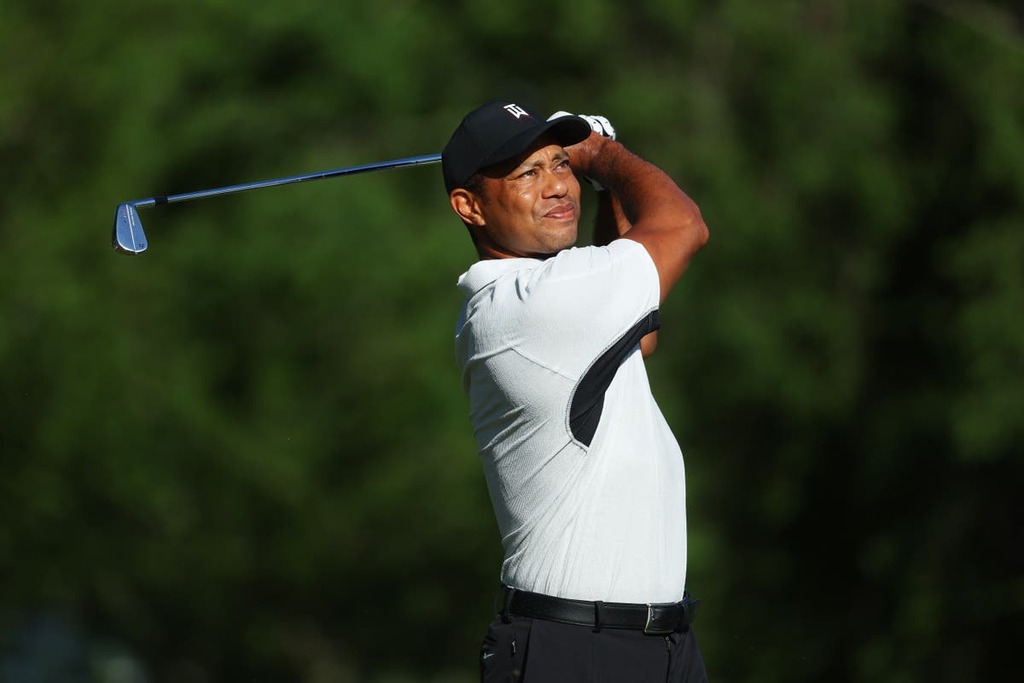 PGA Championship 2022: Full field confirmed including Tiger Woods and Rory McIlroy but no Phil Mickelson
Woods won at Southern Hills in 2007, the last time the USPGA Championship was played at the Oklahoma course

The Independent UK
One subscription that gives you access to news from hundreds of sites
PGA Championship: Tiger Woods, Phil Mickelson and everything you need to know about the second major of 2022