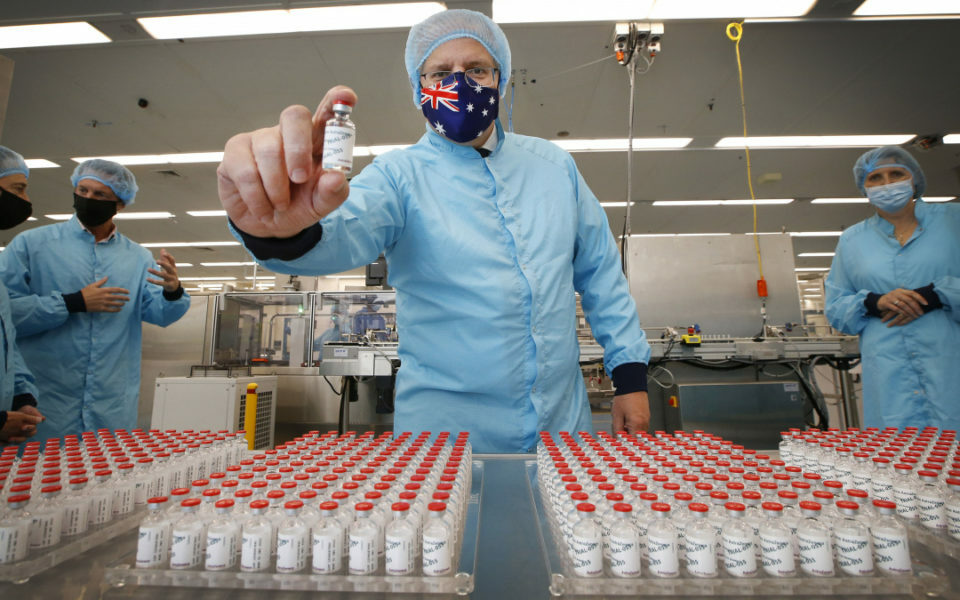 It took the federal government five months to lock in a deal with Pfizer after the company first offered “millions” of doses of its world-leading COVID vaccine in 2020, new documents reveal, even as the company promised it could deliver jabs with “unprecedented speed”.

The documents, obtained by the Labor Party under freedom of information legislation, raise more questions about the urgency the Morrison government paid to Australia’s vaccine procurement program, as other nations scrambled to snap up supplies.

It took more than a month for Health Minister Greg Hunt to meet the pharmaceutical giant. It would be three more months before Australia inked a deal with Pfizer in November 2020, and six months before the first doses actually arrived on our shores in February 2021.

“These papers confirm that [Prime Minister] Scott Morrison simply didn’t take Pfizer seriously enough when he should have, while every other developed country on the face of the planet was busy securing early supplies of Pfizer vaccines for their people,” Labor’s shadow health minister, Mark Butler, said on Wednesday.

A tranche of emails and internal government documents reveal, for the first time, some of the deliberations and negotiations in Australia’s deal with Pfizer.

The documents, released after an FOI request from Labor MP Ged Kearney, show Pfizer first approached the Australian government about its promising mRNA vaccine in June 2020. That included the company’s June 30 request for a “formal (virtual) engagement opportunity” between Pfizer’s global leadership team and Mr Hunt or senior health officials.

“As the vaccine development landscape is moving swiftly, including through engagements with other nations, I am requesting this meeting occur at the earliest opportunity,” a Pfizer representative, whose name was redacted from the email release, wrote.

A letter directly to Mr Hunt, also sent on June 30, said Pfizer had “the potential to supply millions of vaccine doses by the end of 2020” and its ability to “rapidly scale up” production to hundreds of millions of doses in 2021.

On July 3, health department first assistant secretary Lisa Schofield responded to the letter, saying she – not Mr Hunt – would “very much appreciate an opportunity to talk to Pfizer”. Ms Schofield said she was “managing the whole of government work” on COVID vaccines.

On July 6, Pfizer responded to offer a meeting with its senior global leaders, and to request the government sign a “confidential disclosure agreement” before further proceeding. Without that agreement, Pfizer would offer only a meeting with Australian staff, including the company’s local managing director.

In a subsequent email on July 7, Pfizer said it was able to share a “lengthy and highly detailed” presentation, if the government would sign the confidential agreement.

It wasn’t until July 8 that Ms Schofield responded to say the government was still “considering the CDA”, noting it was “not usual practice for the Commonwealth to sign such documents”. She instead proposed a meeting with Australian Pfizer representatives, not the global team, indicating the government was not inclined to sign the CDA.

Notes from the subsequent July 10 meeting, generated by the health department and also revealed in the FOI release, note that Pfizer wanted “discussions to move as quickly as possible”. The company also told the department it could “deploy at unprecedented speed” and “possibly … by the end of the year”.

Two weeks after that meeting, Pfizer again contacted Ms Schofield, noting it had since signed supply deals with Britain and the United States. Pfizer said it hoped the federal government and its own lawyers were “close to resolving the few outstanding issues with the CDA” and proposed another meeting to “progress our discussions”.

The department’s own notes flag that Pfizer had struck deals with Canada, Japan, the US and Britain by early August 2020.

Australia didn’t sign a deal with Pfizer until November 5, 2020. The first doses didn’t arrive until February 2021.

In a statement to The New Daily, Mr Hunt said the ALP’s claims about what the emails showed were “false”. He said the government had had “constant” informal meetings and discussions with Pfizer, outside of the meetings captured in the FOI documents.

“The department began working with Pfizer shortly after the pandemic began. There had been constant informal engagements prior to that time, as the email trail shows. Pfizer advised, however, they were not allowed to commence formal negotiations at that time,” a spokesperson for Mr Hunt said.

They said the government locked in a Pfizer deal “as soon as possible”. They also claimed that the company’s reference to “millions” of doses on offer was not specific to Australia, but was a reference to global capacity.

“The reference in the letter to the “potential to supply millions of vaccine doses by the end of 2020, subject to technical success and regulatory approvals, then rapidly scale up to produce hundreds of millions of doses in 2021” referred to Pfizer’s global production capacity not what was on offer to Australia,” Mr Hunt’s office said.

The Morrison government came under fire in July this year, after revelations the government had not met directly with Pfizer’s global chief Albert Bourla. Former PM Kevin Rudd made his own intervention to speak to the executive, before Mr Morrison himself lined up a meeting.

“The vaccine rollout was always a race, but Australia started a lap behind because Scott Morrison’s government took a deliberate ‘wait and see’ approach to vaccine deals,” Mr Butler said.

“While other countries were signing Pfizer deals, our government couldn’t even be bothered arranging a meeting.”

Mr Butler claimed federal ministers should have been involved earlier in the process.

“We’re in a once-in-a-century pandemic, an unprecedented crisis that required dramatic leadership from our political leaders … prime ministers and presidents around the world had been, frankly, busting down the Pfizer company’s door to get an early supply of vaccines for their people,” he said.

“This government just took a too little, too late approach to an urgent way in which to address this global crisis.”

The documents raise more questions about previous reports – which the health department and Pfizer deny – that the Morrison government knocked back early Pfizer offers to sell millions of doses to Australia. Pfizer has previously rejected claims that it offered “whole of population” coverage to Australia at the July 10 meeting.