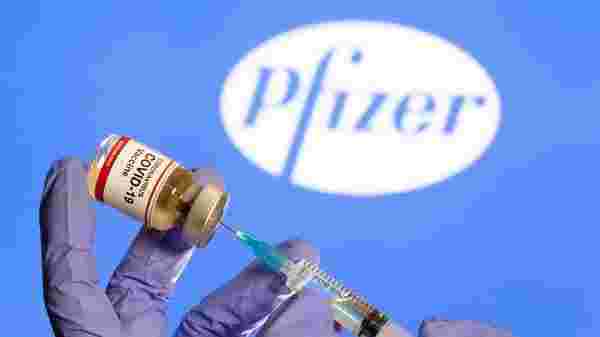 The Covid-19 vaccine from Pfizer Inc. and BioNTech SE has emerged as the world’s vaccine of choice.

From Latin America to the Middle East, dozens of governments are turning to the shot. Australia is now offering the vaccine, after shifting away from competitors. Turkey, the U.K. and Chile are providing the Pfizer-BioNTech vaccine to people who took other shots.

Demand rose so high in Argentina that the country rewrote a new vaccine-purchasing law so it could reach a deal with Pfizer.

“Everyone wants to get the best vaccine,’’ said Wanderson de Oliveira, an epidemiologist and former senior official with Brazil’s Ministry of Health, which has increased use of the Pfizer-BioNTech shot this year while shifting away from Chinese-made jabs.

“Pfizer’s Covid-19 vaccine presents superior results in relation to other vaccines," he said.

Countries have purchased 3.5 billion doses of Pfizer-BioNTech’s vaccine, about 1 billion more doses than they bought from AstraZeneca PLC, the world’s second biggest supplier, according to Duke Global Health Innovation Center.

Pfizer said it has shipped more than 1.6 billion doses so far to more than 130 countries.

Driving the popularity, government officials and industry analysts said, is the vaccine’s high effectiveness, including against the highly contagious Delta variant, without the blood-clotting concerns that have hurt uptake of AstraZeneca and Johnson & Johnson shots.

Also, the protection provided by the Pfizer-BioNTech vaccine doesn’t appear to wane over time as much as Chinese vaccines, according to studies and government officials, and supplies haven’t been limited as with Russia’s Sputnik V shot.

Plenty of demand still exists for the other vaccines, according to the officials and analysts. Many low- and middle-income countries in particular are likely to rely on rivals, analysts said, because Pfizer simply can’t produce for the entire world and competitors can be stored easier and may be less expensive.

Pfizer has increased prices in some countries, as the vaccine’s popularity has risen. An Israeli health ministry official in December told public broadcaster Kan that it paid $62 a dose, though the government hasn’t officially confirmed any figure. That is a much higher price than most countries have been paying. Pfizer raised prices for the European Union to $23 per dose, up from $18.

Under a contract with Brazil in May, Pfizer offered doses at $12 each, according to Brazilian media reports. That was higher than the $10-per-dose offer from a March contract, according to a copy of the contract reviewed by The Wall Street Journal.

The World Health Organization estimates the global vaccine market, not including Covid-19 vaccines, is worth $33 billion a year world-wide. Covid-19 shots and boosters could add $3 billion to $15 billion a year to the market size after 2023, depending on booster recommendations, Mr. Gal estimates.

“It doesn’t seem like another company could threaten their dominance in Covid-19 market," Mr. Gal said. Now that the mRNA technology has been validated and regulators are familiar with it, Pfizer should face an easier time getting government approvals of future shots the company develops, Mr. Gal added.

Some countries have limited use of Moderna’s shot by certain groups due to the risk of a rare inflammatory heart condition, which has also been seen in a small number of younger people who got the Pfizer-BioNTech shot.

Moderna expects to produce 1 billion doses this year, compared with Pfizer’s forecast for 3 billion. Pfizer and BioNTech, which have been expanding their manufacturing networks, said they can produce 4 billion doses next year.

The preference for Pfizer is a shift from last year when many countries opted to seek supply contracts with Western companies, Russia or China that were developing shots using more traditional technologies than the then-unproven gene-based mRNA technology.

BioNTech is also poised to benefit from the vaccine’s success, emerging as a global pharmaceuticals player in its own right. Analysts said the revenue coming in from Covid-19 supply contracts will help fund the company’s pipeline of experimental drugs and vaccines.

Australia began offering Pfizer doses after initially focusing on shots from AstraZeneca and from CSL Ltd. and the University of Queensland. The government scrapped the CSL-Queensland candidate in December because recipients in an early clinical trial were falsely testing positive for HIV. In April, Australia recommended older people don’t take AstraZeneca’s shot citing a rare but elevated risk of blood clots in women.

Covid-19 surges in July forced Australia to revise AstraZeneca guidelines yet again, recommending it for all adults during an outbreak, though it is unclear how many people followed the advice as the country pushed Pfizer shots.

Seeking extra supplies, Australia got four million doses of the Pfizer shot from the U.K., one million from Poland, and 500,000 from Singapore.

Turkey’s initial bet on Chinese vaccines paid off early, when Pfizer-BioNTech doses were in limited supply. The country, however, has shifted more recently to the Pfizer-BioNTech jab, including offering its two doses to revaccinate people who got China’s Sinovac shot.

A former member of the Turkish health ministry’s coronavirus committee said that scientific data collected by the government on the relative efficacy of the vaccines likely also played a role in the decision to revaccinate people who initially received the Sinovac shot.

Abu Dhabi, the capital of the United Arab Emirates, recently began restricting anyone who had taken a Sinopharm vaccine more than six months ago from entering public places unless they get a booster. Such restrictions don’t apply to people who have taken the Pfizer-BioNTech shot.

The U.K. now recommends Pfizer-BioNTech’s shot for the country’s booster campaign instead of U.K.-based AstraZeneca. The AstraZeneca shot was widely used in the first phase of the country’s vaccination rollout but now is only recommended as a booster if people have allergies to Pfizer’s shot.

Argentina initially rejected the Pfizer-BioNTech vaccine partly because Pfizer insisted the country shield it from legal liability for any injuries caused by the shot. The country’s vaccine law, passed in October to govern the purchases of shots, could have exposed Pfizer to lawsuits if a person was severely sickened by the company’s vaccine.

Yet the Argentine public’s “obsession for Pfizer" amid delivery delays for the Sputnik V vaccine during a wave of infections and deaths prompted the government to change course, Health Minister Carla Vizzotti said.

In July, Argentina issued a decree removing negligence language from the vaccine law to accommodate Pfizer, and set up a fund to compensate people harmed by the vaccine. In August, the country signed a deal for more than 20 million shots at $12 a dose, more expensive than contracts with Sputnik and AstraZeneca, according to the contracts.

“It is very important because, along with Moderna, it is the vaccine that has shown to be the most effective," said lawmaker Graciela Ocaña.