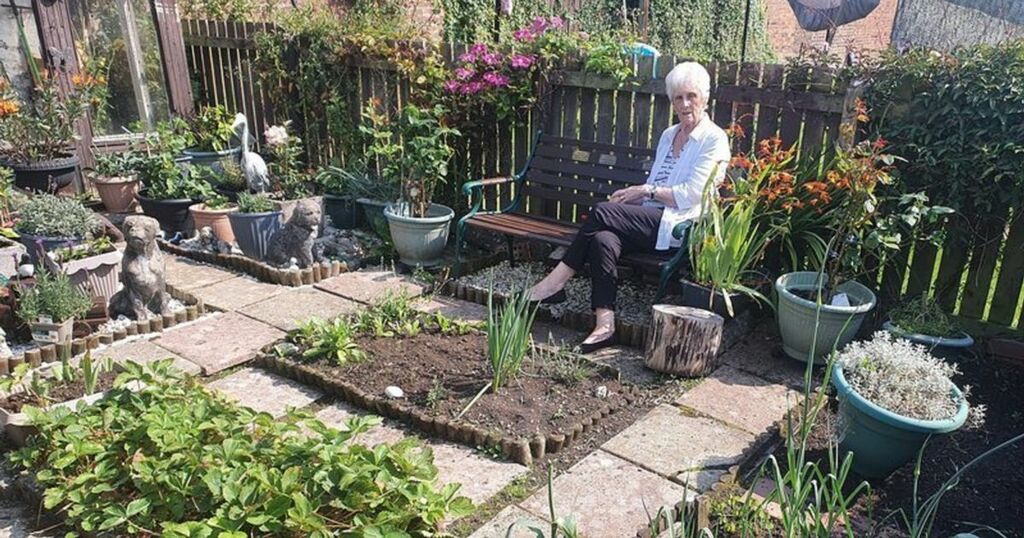 A petition has been launched to save a Wishaw pensioner’s garden that she has lovingly tended for almost three decades.

More than 600 people have signed the Change.org petition in support of Pamela McLaughlan, as she battles to save her 28-year labour of love.

The petition, started by Paul Jordan, states: “Pamela McLaughlan, 80 years of age and a COPD sufferer, has tended a small garden she was allocated 28 years ago. This was tended by two previous tenants as well.

“Wishaw and District Housing Association now claim this was their mistake and have intimated that the area will be replaced with grass.

“They concede that, although they were in error, they want the communal land to be turfed. No humanity, no compassion, no middle ground.

“Please show this lady that her and her blind husband should be allowed to continue tending to this plot for their remaining years, or at least until they become so unfit as to be housebound.”

Mrs McLaughlan’s nephew David Armit has been overwhelmed by the support his aunt has received.

“It’s a wee escape for her,” said David.

“She has a wee bench there and spends a lot of her time in the garden. She’s distraught at the idea of it being taken away.

“The support from ordinary people has been incredible though. People from all over the place have been showing support and signing the petition.”

There have been dozens of messages of support for Mrs McLaughlan on the Change.org petition website.

Flora Duff posted: “This is a lovely wee corner, well cared for and giving pleasure to anyone visiting.

“Much nicer than a patch if grass that will not be tended to as often. Please leave it alone for these people to enjoy.”

Lesley Eastman said: “This is a cruel action by the housing association and grassing her garden over will reduce biodiversity as well as rob her of the pleasure and health benefits of tending a garden.”

And John Menzies added: “Get a grip decision makers. This lady has more right to this small piece of land than any other person. Leave her to enjoy her small haven.”

Trust HA, which took over Wishaw and District Housing Association back in 2019, have responded to the petition’s claims.

Gregor Colville, from Trust HA, said: “We are aware of ongoing concerns regarding the communal garden areas of one of our properties.

“Trust are continuing to engage with tenants and owners of the affected areas in an attempt to deliver a suitable and amicable conclusion for everyone.”