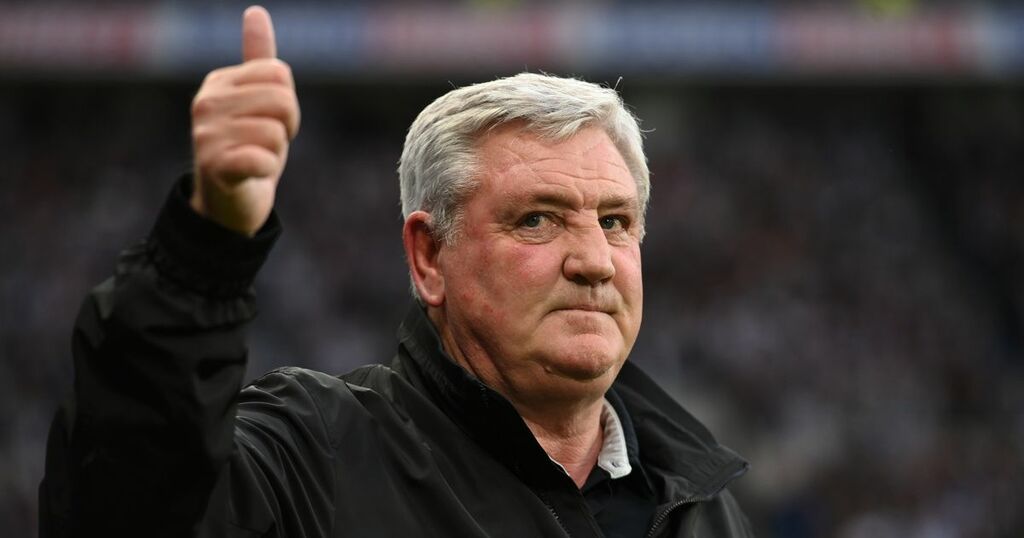 That is the view of Red Devils legend Peter Schmeichel, who believes Ole Gunnar Solskjaer's successor needs to shore up the side's defence while reminding the players 'how important' it is to play for the club.

Mauricio Pochettino and Ernesto Valverde are among the names linked with the Old Trafford hot seat, although the prospect of an interim appointment until the end of the season has also been reported.

Go here for the latest Newcastle United news and updates

Michael Carrick is currently leading the side on a caretaker basis following Solskjaer's sacking, and earned a 2-0 away victory at Villarreal in the Champions League on Tuesday night.

Schmeichel believes the under-performing star-studded squad needs a 'new voice', but believes any temporary appointment can not afford to make 'massive changes' to the formation or style of play.

Bruce left Newcastle last month by 'mutual consent' following a two-year spell at St James' Park, and previously said it could be his last job in management due to the social media abuse suffered during his tenure.

However, the Athletic reports the 60-year-old would be 'very keen' on taking the position with Manchester United.

Schmeichel has also backed Bruce as an ideal candidate for an interim manager, and told CBS Sports: "Talking as a principle, I would love to have someone who comes in now and puts the pressure on the players as a new voice.

"Get them out there performing without making any massive changes in style or systems, something that the next one has to come in and start over again."

When asked by fellow pundit Jamie Carragher on the changes he would make, Schmeichel replied: "First of all, I would speak to players about how Important it is to play for Manchester United, and how privileged they are.

"Then I would work on the defending, not conceding goals. I would not be a defensive manager but you can not concede the number of goals that we're doing at the moment.

"Anyone that goes in there would start with that. You've got to take small steps, you can not just jump in and say now we're going to play a pressing game.

"You can't do that. You've got to start somewhere, and the first thing is you need to give confidence to everyone in the team that if I take this chance, it's not going to end up in a goal at the other end.

"I like the idea of if it's an interim, give it to somebody who knows the club. Get somebody who is known by the club as well.

"Get someone like Steve Bruce, that would be fantastic. Or get the next guy in now, and start working from now."