The National party will spill its leadership positions next Monday as the Liberals debate whether Peter Dutton’s deputy should be Jane Hume or Sussan Ley.

As the Coalition continues to grapple with the fallout from Saturday’s election rout amid conflicting views about how to reposition in response, Anthony Albanese was sworn in as Australia’s 31st prime minister before leaving for Tokyo and his first meeting with Joe Biden and key regional allies.

Before departing for Japan, the new Labor prime minister sought confidence and supply assurances from crossbenchers and confirmed he would shortly appoint a new departmental head, rather than work with the former Liberal party adviser and Scott Morrison appointee, Phil Gaetjens.

Back in Canberra, the Nationals were jostling ahead of a leadership spill. A number of them were furious when Barnaby Joyce signalled on Monday his party could abandon its support for net zero emissions after the Coalition’s defeat.

The previous Nationals leader, Michael McCormack, had not ruled out another tilt at the top job and David Littleproud, one of the strongest internal supporters of action to address climate change, also had aspirations.

Littleproud on Monday cut across Joyce by declaring the party’s net zero commitment accompanied by funding for regional infrastructure was “sensible policy”.

He told Sky News that Matt Canavan’s campaign declarations that net zero was “dead” had negative ramifications for the Liberals and also caused the Nationals problems in several regional contests, including a savage negative swing against the party in the regional Victorian seat of Nicholls.

Dutton, meanwhile, has the numbers to take the opposition leadership. Party sources said the Queenslander’s new deputy was likely to be either former environment minister Ley or Victorian senator Hume. A number of figures had earlier signalled interest in the deputy role.

Some moderates were unhappy with Ley because she was seen as being aligned too closely to Morrison.

Labor would resolve its new cabinet line up early next week. There was a view in the right faction that the Senate veteran Don Farrell should become deputy leader in that chamber with a more senior cabinet post.

The finance minister, Katy Gallagher, who served as the manager of opposition business in the Senate in the last parliament, was likely to continue with that role. Gallagher said the Senate deputy leadership would be a decision for the caucus, but she added that “obviously gender equality is a big issue and Labor has had a very proud record, and Anthony had shown a lot of leadership on that”.

“This is an area where you will see a big difference between the new government and the previous government – that’s how serious the prime minister is about it and making sure we send a strong message around the fact women are respected and will take their rightful place in parliament,” Gallagher said.

Albanese was said to be keen to reward strong performers during the campaign, including Jason Clare and Queensland senator Murray Watt. The defeat of Kristina Keneally and Terri Butler opened scope for Albanese to undertake a more broad-ranging reshuffle in the incoming Labor ministry once the Australian Electoral Commission completed the election count.

A further three seats are still in play for Labor: Gilmore, where Fiona Phillips trails Liberal Andrew Constance by just 306 votes; Deakin, where Labor candidate Matt Gregg still leads Liberal Michael Sukkar by a margin that has eroded to just 59 votes; and Brisbane, where Labor’s Madonna Jarrett and Green Stephen Bates are neck and neck for second place, with the leader set to overtake Trevor Evans to win.

Frydenberg said it was an “incredible privilege” to have served as an MP for 12 years in “a community whose diversity, tolerance and values reflect the very best of Australia”.

He congratulated Monique Ryan on her win, wished her well “for the term ahead”, and indicated he looked forward “to spending more time with my beautiful family”.

Sharma congratulated the Labor government and independent challenger Allegra Spender, whose lead he said he did not expect to change markedly despite 40,000 votes still to be counted.

Sharma said he was pleased to have helped shape Australia’s response to China’s growing assertiveness in our region. He said Australia faced “a more challenging global outlook” and could not afford “myopia and complacency in our national political discourse”. 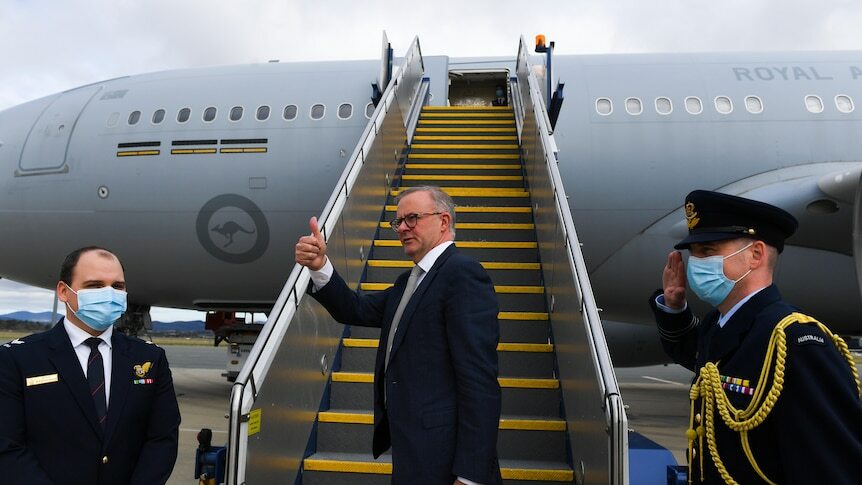 ABC News
One subscription that gives you access to news from hundreds of sites
Liberals must shun ‘conspiracy theorists’ of climate wars, moderate Andrew Bragg says