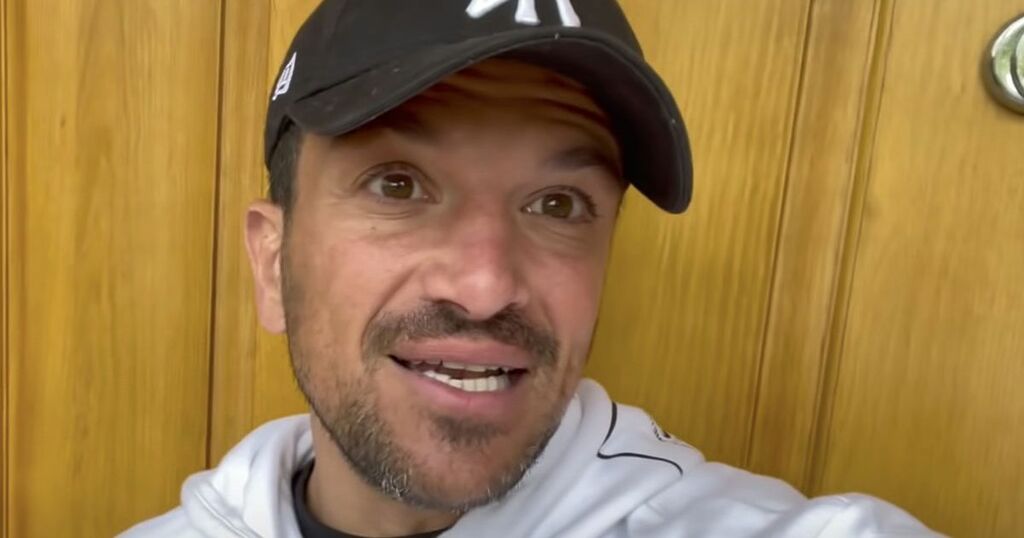 Peter Andre has stunned fans by appearing to share his phone number on his public Instagram as he urged Piers Morgan to call him.

The singer hit back after Piers labelled him his 'worst celeb snog ever'.

Speaking to the Sun, Piers said: " Peter Andre snogging me live on Good Morning Britain was a career low."

But Peter was having none of it and demanded that Piers call him - even providing a phone number.

The singer shared a screenshot of the story, captioning his post: "He loved it really. Maybe it's because I didn't ask for seconds.....

"Maybe we should have gone for a second dater. @piersmorgan call me", Peter urged followed by a phone number.

Fans went wild at the post, speculating at how many people must be trying the phone number.

"Lol wonder how many people are trying to call the number right now," one joked.

Another said: "We all know he has that song on repeat whilst replaying the video of that kiss sighing to himself of what could have been!"

"Some poor sod getting a load of calls now," said another.

Finally one shared: "Piers should be lucky he even got a kiss from Mr Andre".

Piers and Peter shared a kiss on the set of GMB in 2018 - but it seems that the smooch didn't lead to love following Piers' stinging comments.

Piers shared a number of his career highs and lows in the interview with the Sun, of which his kiss with Peter was one.

He told the publication that his most embarrassing moment was spending "five minutes at an Oscars party in 2020 congratulating a bemused David Schwimmer on the success of the Friends reunion – only to later discover it was his thespian lookalike, Dylan McDermott. Mortifying."

Piers, who has not regularly been seen broadcasting since he left GMB, announced that he is set to make a return to his former profession having struck a deal with Rupert Murdoch’s News Corp and Fox News.

And with his return to the spotlight looming, he issued a stark warning to Meghan Markle, vowing to 'get even' with her after she tried to 'cancel' him.

Now, Piers plans to come back all guns blazing.

He said: “The column is called Uncensored because it does what it says on the tin.

“Effectively I was censored at my previous job and told to apologise to Meghan Markle for an honestly held opinion, which obviously I wasn’t going to do.

“Pushy little Princess Pinocchio tried her utmost to cancel me, and she will be in for a very unpleasant surprise when I emerge, like Lazarus, from my den.

“It was a pretty bruising experience on Good Morning Britain but I’m now working somewhere where I’m free to express my opinions.”