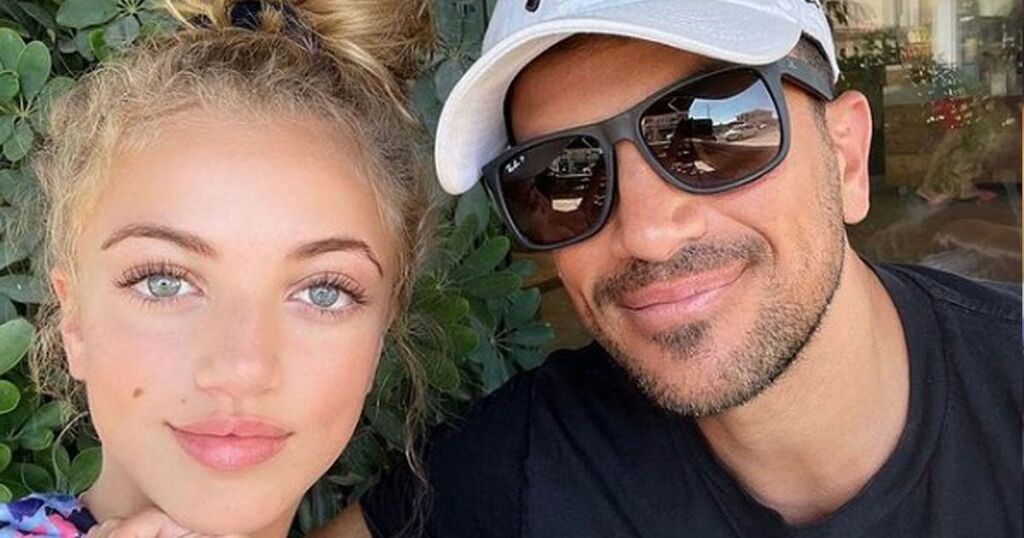 Proud dad Peter Andre didn't hold back the compliments when speaking about his beautiful daughter Princess.

The Mysterious Girl hitmaker, who shares the 14-year-old with ex-wife Katie Price, said she's a natural beauty who doesn't need a stitch of make up to look good.

The father and daughter posed up together for an adorable selfie, with Peter joking that he doesn't know how he looks so good.

But heaping praise on his teenage girl, he said: "Can I have a more beautiful daughter? I don’t know what she did to this pic but one thing is for sure, She is not wearing makeup. And damn you made your dad look good

"love you so much bist"

Princess also shared a filtered version of the same picture, captioning it: "love you dad"

In the snap, Princess is wearing a colourful patterned sleeveless top and has her stunning blonde curls pulled up on top of her head in a messy bun.

Her thick, dark eyelashes really make her blue eyes pop as she smiles alongside her dad, who's looking as cool as ever in a dark T-shirt, sunglasses and NY cap.

Peter's fans took to the comments section to share in his admiration of Princess, as well as her brother Junior, 16.

One posted: "Both of your children show such strength and resilience they are an absolute credit to you"

While another wrote: "She’s absolutely gorgeous her eyelashes have always been long and curled from being a baby Kate was always accused of curling them or putting mascara on them"

"That's beautiful to see Father and daughter together," a third told him.

Sharing a snapshot of her as she headed back to school, he wrote: "And another one back to school. @officialprincess_andre god help me with this one," he captioned the post along with a shocked face.

"To be fair, you are making me so proud sweetie. You have a lovely heart and a lovely sense of humour. Now, about becoming a nun……….. #backtoschool #family."

It's something he's said a few times in the past.

Back in 2017, he cracked the same joke after Katie sparked debate by posting a picture of Princess posing up in a bikini on holiday.

Pete then told the Daily Star: "I tell her she is going to be a nun – I've shown her a couple of churches on the way to school.

"She rolls her eyes but I've told her she will love it."