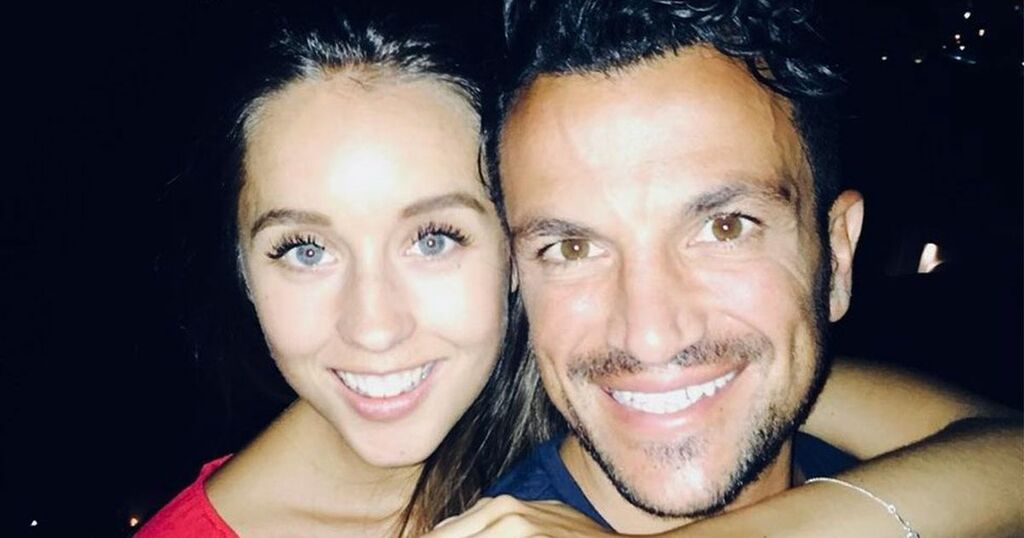 Peter Andre’s wife, Emily MacDonagh, has discussed the lonliness she experienced when she became a first time mum.

The 32-year-old doctor is proud mother to seven-year-old daughter Amelia and four-year-old son Theo and has also taken the children Peter shares with ex-wife Katie Price, 14-year-old Princess and 16-year-old Junior, under her wing.

Emily – who tied-the knot with 48-year-old Peter in 2015 – explained that she would often feel she had been left holding her baby alone when she welcomed her daughter as Peter was away from home.

The proud mum felt compelled to share her experience after 45-year-old Hollywood star Reese Witherspoon – who has a 21-year-old daughter named Ava and a 17-year-old son with her ex-husband Ryan Phillippe, and an eight-year-old son named Tennessee with current husband Jim Toth – said she too felt lonely while raising her babies.

Writing in her column for OK! magazine, Emily wrote: “Reese Witherspoon has opened up about lacking support when she had her first child and said that raising children is more than a two person job.

“Reese is based in America, so the system will have been different to here in the UK, but lots of experiences as a parent will be similar wherever you live.

“I had different experiences with my two kids as they were both so different.

“Millie was my first and she was a really good baby, but I was on my own quite a lot with her as Pete was away, so it could be lonely at times.

"Whereas with Theo, I was more experience as a mum but he was more unsettled as a baby and had some problems with feeding.”

Emily went on to explain that she felt fortunate to have a strong support group around here, even though Pete would disappear off to work.

She wrote: “I used the support of my midwife, health visitor and had a breastfeeding support worker as well.

“I needed more professional support and found the help was accessible. I’m lucky I have my family too – my mum and dad are very experiences. So it was OK, but there’s no doubt that it was tough!”

She added: “It’s not a walk in the park, but it’s amazing and my proudest achievement is my children.”

Last month, Reese candidly opened up about her struggles with motherhood when she welcomed her daughter when she was 24-years-old.

Discussing her experience as a parent with Kristen Bell and Monica Padman on an episode of Dax Shepard‘s podcast Armchair Expert, Reese said: "I did not have a lot of support with my first baby and I learned really early, like this is not going to work.

"I tried to muscle through for five months with Ava, just not sleeping and I became delirious.”

She added: "I was lucky enough to have money saved and I didn’t have to work. But it’s just not a one-person job. I would even say it’s not a two-person job."