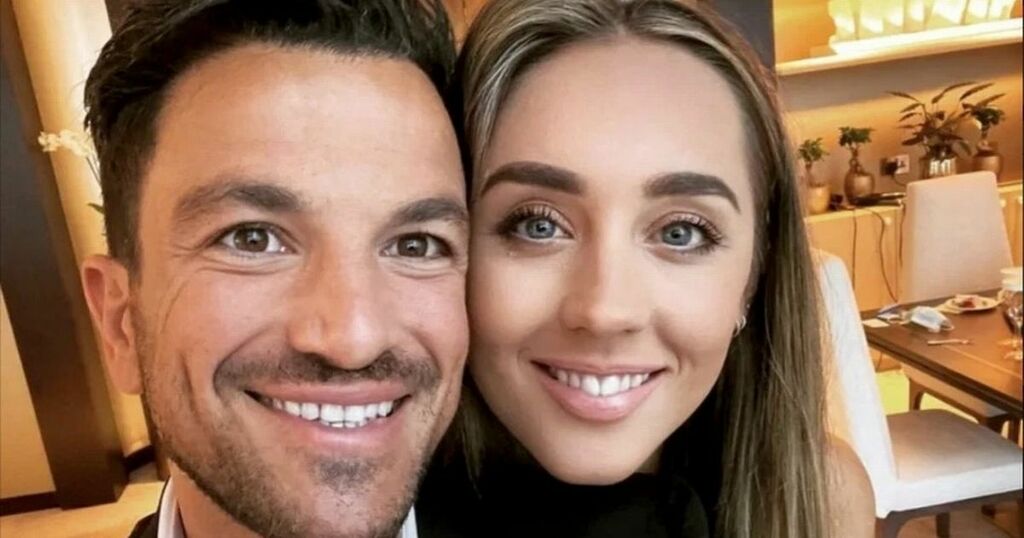 Peter Andre has told fans he's always got time to try for another baby.

The Mysterious Girl singer was responding to an interview he and wife Emily MacDonagh did for OK! in which it was reported the pair were both "too busy" to add to their brood.

Taking to Instagram Pete shared a quote from the publication which read: "Peter and Emily Andre rule out another baby as they are "too busy".

However he cheekily added to it replying: "Well she is...I'm never to busy to try...Just saying."

The pair are half siblings to Pete's children with Katie Price : 16-year-old son Junior, and 14-year-old daughter Princess.

Peter and Emily have been married since 2015 and say they love the current balance of family and work life that they are enjoying now their children are growing up.

Giving a rare insight into their family dynamic Emily told OK! she had no plans to have another baby.

She told the publication: “No. I’m not thinking about any more kids at the moment."

Pete is already very busy with Junior and Princess, with both teens said to want to follow in their dad's musical footsteps.

Junior has already signed a lucrative recording contract to join the same record label as Calvin Harris and Harry Styles.

Princess, meanwhile, who Pete said has a "beautiful voice" also wants to be a singer, but her dad has warns she's not signing anything until she's 16.

Proud dad Pete has admitted his children are already growing up too fast.

Speaking about his son Junior in his column for new! magazine he said: "I can’t believe how Junior is loving college. It’s like he’s a different kid.

"When he was going to school, he jumped at the chance of a day off, whereas now he’d say, ‘No thanks’. It’s scary to see him so grown up but it’s also wonderful."

Similarly, Peter can't believe how fast his daughter Princess is growing up.

He wrote: "I posted a photo on my Instagram of Princess looking all grown up on her first day back at school.

"God help me with that one, she’s growing up so fast! She’s such a sweetheart and has a great sense of humour.

"I keep telling her, 'Keep being you, you’re brilliant.'"

Pete's fans are big fans of his parenting skills with one taking to Instagram posting: "Both of your children show such strength and resilience they are an absolute credit to you."