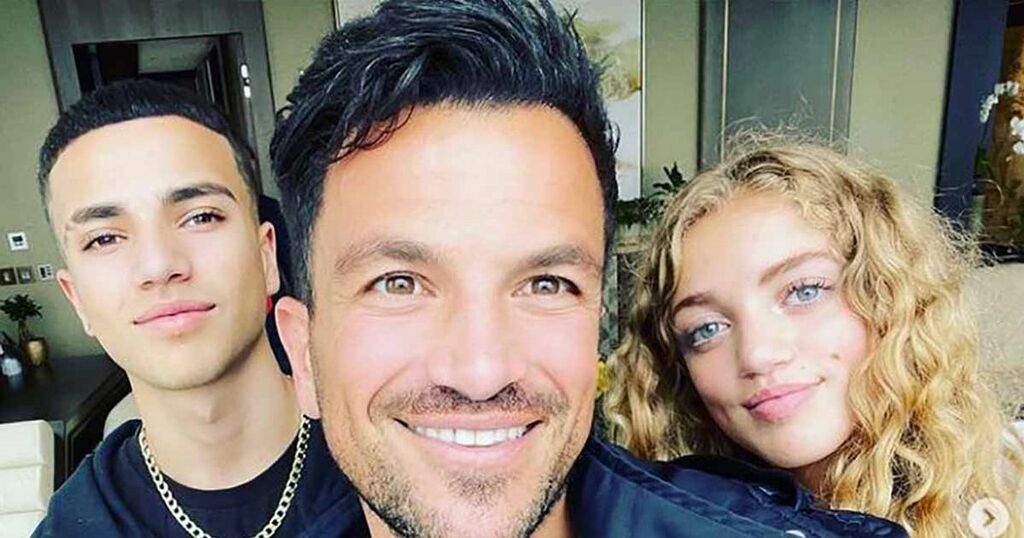 Peter Andre has backed tighter controls for Instagram as he's worried about what his kids could be exposed to.

The Mysterious Girl singer, 48, has shared his honest opinion on the new rules around the social media app, and he thinks it is for the best.

Instagram is to require everyone to enter their date of birth before using the app.

And Peter has revealed his teenage kids Princess and Junior are at the beginning of the "social media generation" and that it is "tough".

In agreement, Pete explained in his new magazine column: "As a dad of two teenagers, I think it's a good move."

Expressing his concerns about his children being on the Internet, he added: "You worry about what they could be exposed to, so anything that can be done to make it safer, I love."

The TV star, who shares his son, 16, and daughter, 14, with ex-wife Katie Price, has previously admitted he is "strict" when it comes to them using social media.

He said in the past how he didn't want Princess to have a public Instagram account and would prefer if she put it in private mode.

In a YouTube video, he shared: "With regards to music and stuff they say they really want to do it but when I say, 'Okay let's go and record' they get shy.

"This is where my concern was with Bista having a public Instagram account, which I didn't want her to have."

He also shared his happiness after she was banned from TikTok earlier this year.

Princess was raging as he said that there must have been a reason for her to get permanently suspended from the app, and he backed TikTok over its decision.

Peter said at the time: "My daughter Princess was excited to be back on TikTok again after her account got suspended, but then she got blocked again!

"Now correct me if I'm wrong, but I said to her that for them to ban you, there must be a reason.

"I said, whatever it is, if you're not supposed to be on it, get off it!

"I'm harsh but I always do it with a smile and she knows I love her."

Princess was left heartbroken as she received a message that said she was "permanently banned due to multiple violations of our Community Guidelines".

Ranting over on Instagram, she wrote: "My TikTok again! I'm doing nothing wrong!

"Is this happening to anyone else?"

It is the third time Princess was banned from TikTok after it happened in December last year.