Pete Davidson has said goodbye to Saturday Night Live and in his farewell, he name-dropped Ariana Grande and Kanye West.

“Hello, Colin and Che and millions of people only watching to see if I bring up Kanye,” Davidson said.

“Yeah, you had a weird year,” Jost replied.

“Yeah. I just—I never imagined this would be my life,” Davidson continued. “Look at me when I started here. Back then I was just like a skinny kid and no one knew what race I was. Like now, everyone knows I’m white because I became hugely successful while barely showing up to work.”

“He really always gives me the best advice,” Davidson shared. “This is all true. I’ll never forget. I called him when I got engaged. I was like, ‘Lorne, I just got engaged to Ariana Grande after dating her for two weeks.’ He goes, ‘Oh, well, hold on for dear life.’ It’s a true story.”

The comedian continued, “And then when I auditioned for SNL he said, ‘I don’t think you’re right for this show, so let’s screw this up together. ’ And that’s exactly what we did! And that’s why people who don’t think I deserve the job shouldn’t really hate me since we have so much in common. Like, if anything, I should inspire hope that literally anyone can be on Saturday Night Live.”

Davidson did get sincere towards the end of his spiel, saying, “I appreciate SNL, and Lorne for never giving up on me and believing in me and allowing me to have a place that, like, I could call home with memories that will last a lifetime, so thank you guys.”

The post Pete Davidson Throws One Final Dig At Kanye West & Ariana Grande As He Yeets Himself Off SNL appeared first on PEDESTRIAN.TV .

He went on to bring up Ariana Grande, revealing boss knew it was doomed from the start. He’s one of several stars who have abruptly left the show, including , and .
Sign up to read this article 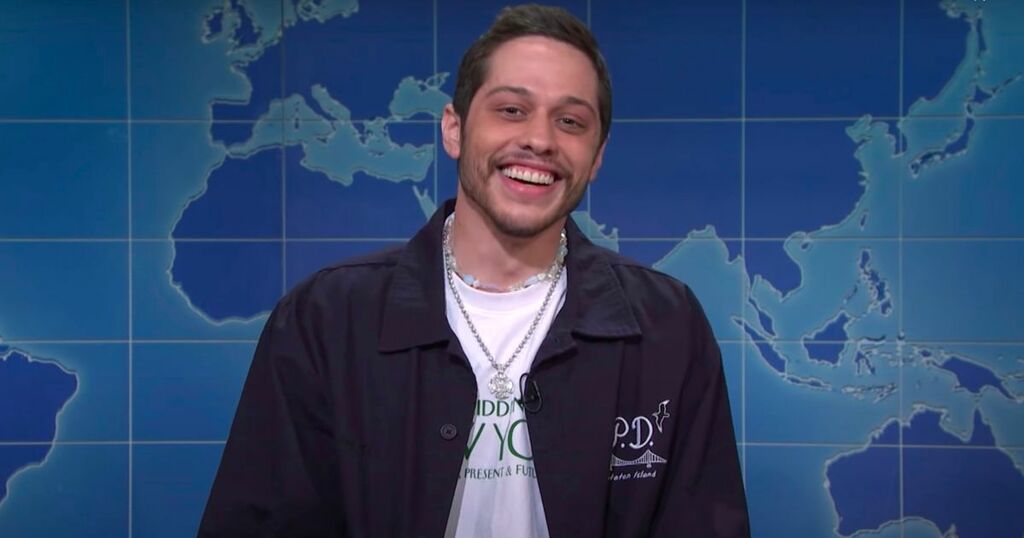 Pete Davidson bids farewell to SNL with joke about Kanye West and a heartfelt goodbye
Pete Davidson confirmed his departure from Saturday Night Live (SNL) on the season finale last night, with him joking about…

Daily Mirror
One subscription that gives you access to news from hundreds of sites
Pete Davidson, Kate McKinnon make their final appearance on Saturday Night Live

Pete Davidson wasted no time addressing the elephant in the room during his final appearance on Saturday Night Live.