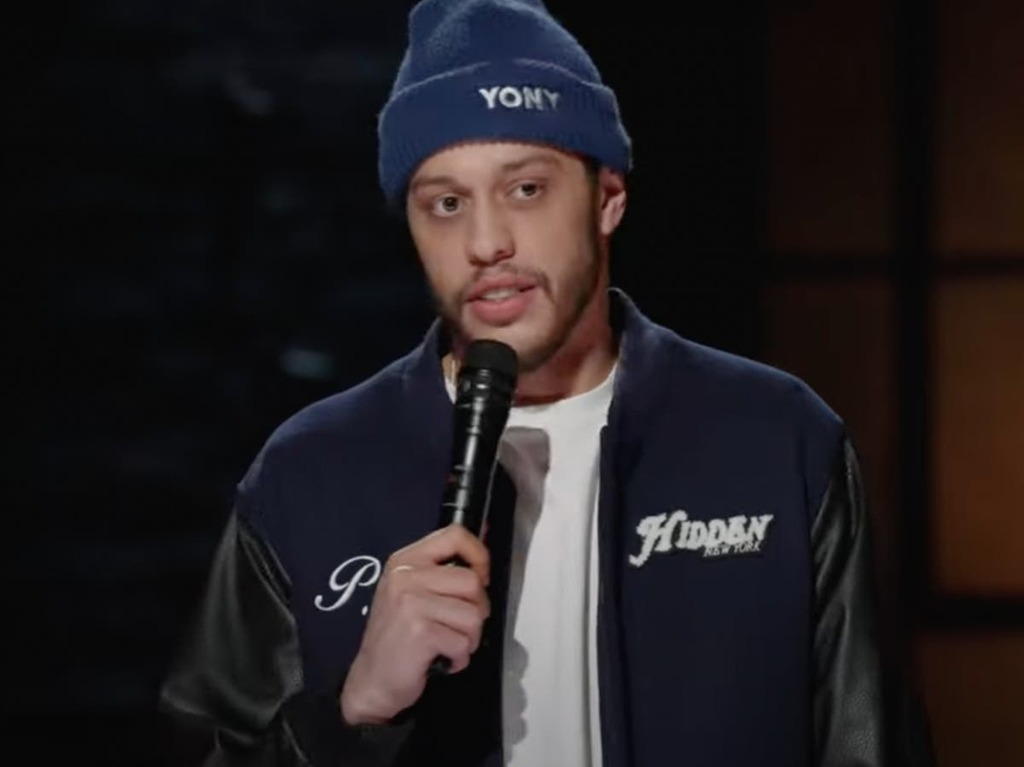 Kim Kardashian has shared the gossip with her sister Khloe on the latest episode of Hulu's The Kardashians, Kim speaks…

Kim Kardashian has opened up about her thoughts on another marriage on Hulu show The Kardashians, ahead of her new…

‘There are things about Pete that I really love’

The Conversation
Read news from The Economist, FT, Bloomberg and more, with one subscription
Learn More
Kids don't vote but teachers and parents sure do – what are the parties offering on schools?

Pete Davidson has revealed how he feels about his friend, the rapper Jack Harlow, working with Kanye West.

During a newly released clip from his standup set at the Netflix Is A Joke festival, which took place at Los Angeles’s Fonda Theatre on Friday 29 April, Davidson said that people keep asking him “weird stuff” like whether he is upset that Harlow worked with West – who the comedian is embroiled in a feud with – on his new album, Donda 2.

“People are like, ‘How does that make you feel? Does that bother you? Does that get under your skin?’” he said. “And I’m like, ‘No, he’s a rapper. That’s his field – that’s what they do.’

Comedian Burr and Davidson have long been friends, and starred together in Davidson’s semi-autobiographical 2020 film The King of Staten Island.

West previously called Harlow one of the “top five [rappers] out right now”. Harlow made an appearance on West’s Donda 2 track “Louie Bags” earlier this year.

At another point during Davidson’s set, he joked that West might “pull a Mrs Doubtfire” to get back into the family home. Davidson is dating West’s ex, the reality star Kim Kardashian.

Since Kardashian filed to divorce West, the rapper has made multiple public appeals to the reality star to get back together. Davidson’s feud with West has seen the rapper burying a cartoon version of Davidson alive in the video for his track “Eazy”.

Kim Kardashian has shared the gossip with her sister Khloe on the latest episode of Hulu's The Kardashians, Kim speaks…

Kim Kardashian has opened up about her thoughts on another marriage on Hulu show The Kardashians, ahead of her new…

‘There are things about Pete that I really love’