Pervert crept up to window and filmed women kissing 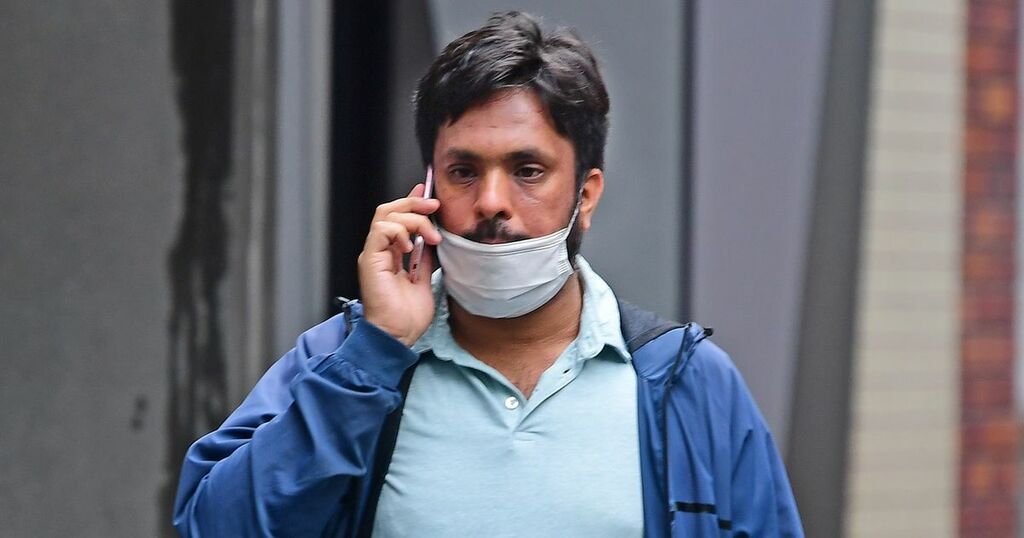 A pervert crept up to the window of two women and filmed them as they kissed.

Kashif Gulzar got out of his car to go and film the students, claiming he was "curious" as he had not seen two women kiss before.

He was seen on CCTV going over to the window and returning to his car before getting back out and peering again through the window.

When police caught up with Gulzar he claimed he would have had to delete the videos before returning home to his pregnant partner.

Andrew Page, prosecuting at Liverpool Magistrates' Court today, said the victim was at her home address in Wavertree on May 6 with a friend.

Another resident "playing on his computer" had a monitor which displayed CCTV from outside his home.

Mr Page said the resident witnessed "a pair of legs walking away from his next door neighbour's address".

He then saw Gulzar who "appeared to be looking into his next door neighbour's address" and then walked away and got into a Nissan Micra.

Mr Page said Gulzar drove a short distance before reversing and "continued to look back at the original address".

He said Gulzar "got his phone out" and "appeared to be taking photographs or a video of the property".

Mr Page said Gulzar drove away out of view of the CCTV camera but was seen again reversing and stopping before going over to the address.

The witness then saw Gulzar "crouched down" with his phone in his left hand while "looking at the window".

The witness called police and watched as Gulzar remained for five minutes before leaving.

Police stopped Gulzar who told officers he had been filming through the window and he showed them two videos of two women kissing on the bed.

Mr Page said when asked why he had taken the videos he claimed he "had dark thoughts" and "I've never seen lesbians before".

Mr Page said the woman had "invited a female friend into the room and they had begun kissing for what she described as long periods of time".

He said: "This was a private moment between her and her friend."

When told what had happened the woman "was upset and felt her privacy had been invaded".

In a police interview Gulzar said he had been going to a friend's when he saw pink and purple lights coming from the room.

He admitted seeing the women and getting out of his car and recording them on his phone.

Gulzar told officers he "wanted to look at it later", adding "my partner living with me is pregnant as well so I would have to delete it".

Paul Potter, defending, said: "Curiosity got the better of him.

"He makes admissions in interview and a significant statement when police stop him."

He said Gulzar has no previous convictions and had "just become a father for the second time" and said he was "most eager" to complete any order the court imposes.

Gulzar, of Teilo Street, Toxteth, admitted one count of voyeurism.

District Judge James Hatton, sentencing, said: "I have considered what you said in interview and to the probation officer in the sense it's not sexually motivated.

"I find that incredibly difficult to believe."

The judge said: "It's a gross invasion of the privacy of the people doing what they wanted to do in the comfort of their own home."

District Judge Hatton said: "It is a horrible thing to have done to them.

"When they found out what you did they were disgusted and extremely upset."

The judge said there was a realistic prospect of rehabilitation and Gulzar was handed 26 weeks suspended for two years.

He must complete 33 days of a sex offender treatment programme, 120 hours of unpaid work and 15 Rehabilitation Activity Requirements.

Gulzar must sign the Sex Offenders Register for seven years.