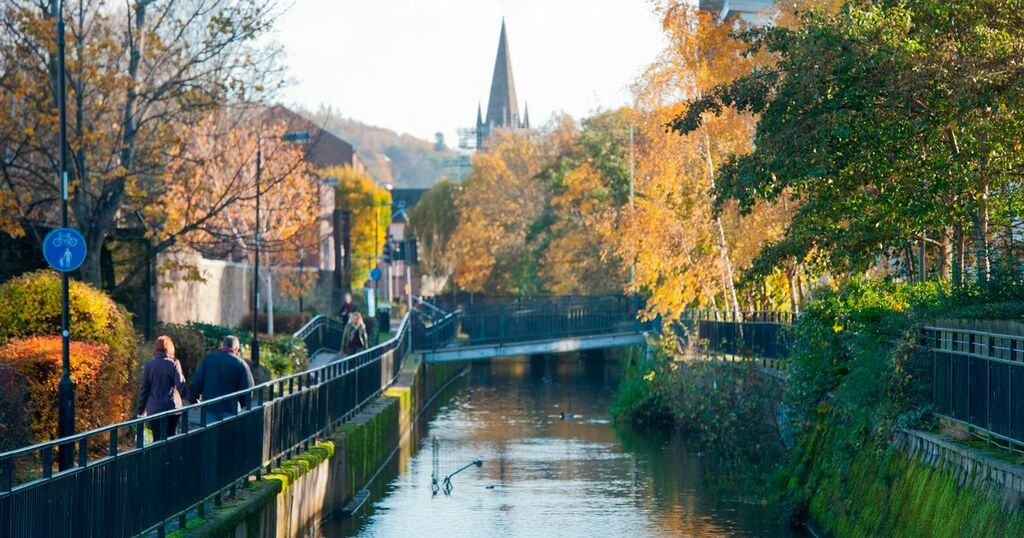 Daily Record
One subscription that gives you access to news from hundreds of sites
Pensioner, 81, scales over a thousand meters up Scots mountain to raise cash in memory of late father

Laila Kjellström, 81, completed the near 1,500 meter round trip to the summit of Suilven and back to the base…

Warm weather, fun walks and panoramic views - What could be better?

Two Perthshire pensioners, fast approaching their 70th birthdays, have successfully completed an epic, 225-mile cycle challenge around the Big County - and beyond - to help raise cash for prostate cancer.

Jim Thomas, of Catmoor Road, Scone, and Davie Ramsay, of Langside Road, Perth, were taking part in the Grand Lodge of Scotland “Make it a Million” appeal in aid of Prostate Scotland.

At the same time, the pair, who have been likened to Jack and Victor in the hit TV series ‘Still Game’ because of their friendly banter, set up a JustGiving page on Facebook.

That has already raised hundreds of pounds to help fund research into Scotland’s most common cancer.

Jim is a past master of Lodge Scoon and Perth No. 3 and Davie is a master mason of Lodge Stormont No. 1524. Both have had their own health challenges to face in the past.

And Jim is currently awaiting more tests before he begins his own prostate cancer treatment.

Following a scan at Dundee’s Ninewells Hospital and further investigations at PRI, the 68-year-old was told just last week that biopsy results had proved positive.

“This is a charity very close to both of our hearts,” Jim explained yesterday.

“One in every two men in Scotland will suffer from prostate problems of some sort or other in their lifetime, while one in 10 is at risk of contracting cancer.

“The good news, however, is that more men are surviving the disease - and there is a welcome increase in the numbers seeking early diagnosis.

“We still want to see more people coming forward and hope our cycle challenge will help do just that.”

The duo set out on their marathon cycle on April 13, with a 57-mile trip from Scone up to Blairgowrie and Kirkmichael and then back to Perth.

The final leg - and the longest, just short of 60 miles - was completed on May 1. That gave them time to rest their weary muscles in between.

It took them to Errol, down to Dundee and across the Tay Bridge, returning via Newburgh, Abernethy and Bridge of Earn and then on to Perth.

In between, they pedalled just over 51 miles on the second day, visiting lodges in Methven, Muthill, Auchterarder, Dunning and Perth, while Day 3 took them to Coupar Angus, Alyth, Meigle and Perth, a distance of more than 56 miles.

“When it comes to cycling, we are definitely not Lycra kids and are certainly no Chris Hoys. We get there when we get there,” laughed Davie (69).

“We like to enjoy ourselves, stopping for coffee and sandwiches along the way.

“We were extremely fortunate with the weather - and we had no accidents, punctures or mechanical problems.”

Both men took up cycling to boost their physical health after separate accidents made walking extremely difficult for them.

Davie had already undergone a successful heart bypass operation in Edinburgh Royal in June, 2003. But he then suffered a fall more than four years ago which damaged a nerve in his back.

Jim spent many months in a wheelchair recovering from two broken legs and other injuries when he fell from a ladder while working on the old toll house in Perth’s Glasgow Road in January, 2016. He has a pin in his ankle and has to wear a leg and ankle brace.

Walking any distance became a struggle for the two pals who have known each other since attending Perth High School more than five decades ago.

So they turned to cycling - and have never looked back. They estimate they have each covered more than 9000 miles over the past four years or so.

“Cycling has kept us going and has opened up parts of Perthshire - and Scotland - we never knew existed,” said Davie, a former gas delivery driver.

The pair have been overwhelmed with the big-hearted response from the general public to their Facebook appeal.

“The cost-of-living crisis has put serious demands on people’s disposable income. Money is really tight, at the moment,” said Jim.

“But we have been humbled at the generous response to our appeal - and by the spontaneous gestures from people we have met while out on the road.”

Davie explained: “We stopped for a break at Jim’s burger van at the lay-by near Cargill on our first day. He not only gave us complimentary cups of tea but added a tenner to our fund-raising total.”

Later in their challenge, they popped into McDonald’s in Perth’s Dunkeld Road and one of the assistants, a single parent, handed over £5 after discovering the charity that would benefit.

And when returning from Dunning on Day 2, they heard a van driver repeatedly peeping his horn as they made their way down Necessity Brae.

“We were travelling single file so certainly weren’t holding anyone up,” recalled Davie.

“The driver then pulled alongside and had a tenner in his hand which he gladly handed over when he stopped.”

Jim added: “I initially thought he was shaking his fist at us for delaying him but he had spotted the ‘Cycling for Prostate Scotland’ lettering on the back of our tabards.

“All we know is that he was Big Eddie from Ballinluig.

“Our thanks go to not only him but all those who have supported us in any way.

“We can assure everyone that every single penny raised from our online appeal will go direct to Prostate Scotland.”

So far, their JustGiving appeal stands at £1340 but anyone still interested in donating can do so on: www.justgiving.com/fundraising/jim-thomas2

To date, the local lodges the pair visited have contributed over £900, with several still to finalise their pledges.

That cash will help swell the £1 million national appeal which currently stands at around £873,000.

Daily Record
One subscription that gives you access to news from hundreds of sites
Pensioner, 81, scales over a thousand meters up Scots mountain to raise cash in memory of late father

Laila Kjellström, 81, completed the near 1,500 meter round trip to the summit of Suilven and back to the base…

Warm weather, fun walks and panoramic views - What could be better?